In a recent announcement, iXsystems launched the newest version of the highly popular open source NAS OS, FreeNAS. Previously named FreeNAS 10, the name has been promptly renamed to FreeNAS Corral on launch. According to Brett David, Exectutive VP of iXsystems, “The Corral name represents the next generation in enterprise grade services contributed by iXsystems to the Open Source community. Only a new name could do justice to such a giant evolutionary step.” 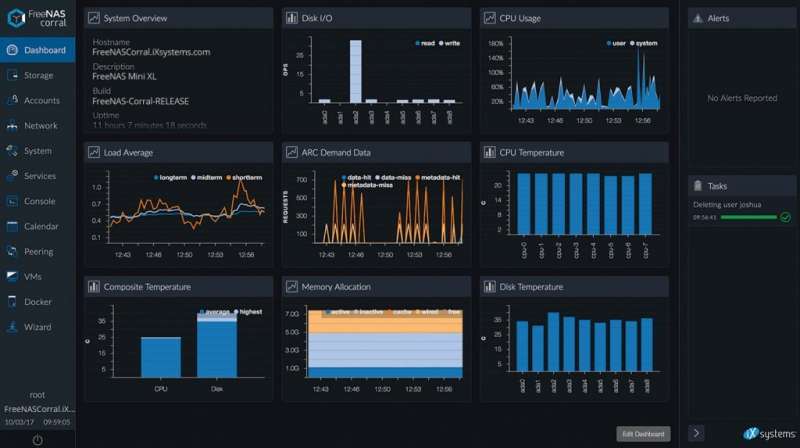 FreeNAS Corral is one of the most highly anticipated FreeNAS releases in a long time as it has been completely re-written from the ground up with big improvements in its enterprise storage capabilities. Among other features, FreeNAS Corral supports bhyve allowing better support for VMs and Docker containers. This allows FreeNAS to be integrated into VM software defined storage and allows use of FreeNAS to serve as Docker container persistent storage. Further, the FreeNAS interface has been completely overhauled in FreeNAS Corral making it easier to use and more visually appealing as well.

Those interested in trying out FreeNAS Corral can download it via the FreeNAS website here. The new recommended boot device size is 8GB and FreeNAS Corral requires 8GB of RAM.