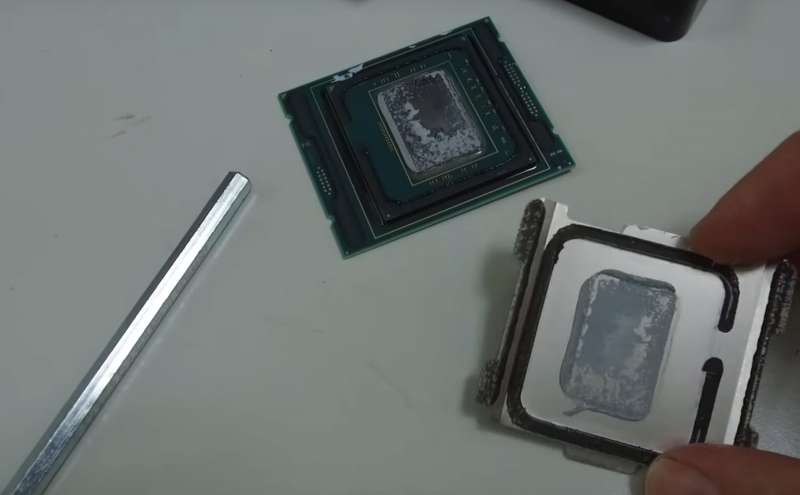 Intel recently released their Skylake-X and Kaby Lake-X processors to great fanfare, with the new flagship Skylake-X based Intel Core i9-7980XE featuring a massive 18-cores and 32-threads. However, overclocking enthusiasts are already up in arms as the new processors which Intel claims are designed for “overclocking” may not actually be as overclocking friendly as Intel claims.

In a recent de-lidding video released by world renowned overclocker der8auer, it was revealed that Intel is now skimping on the thermal interface material even on their high end X-Series processors. In the video, we can see that Intel is using their cheap TIM (Thermal Interface Material) which conducts heat poorly when compared to solder which has been used in previous generation HEDT processors. By using TIM rather than solder, Intel stands to save a couple cents per processor however, this significantly increases processor temperatures which reduces maximum overclockability. As a result, serious overclockers will likely need to de-lid their processors to achieve the best overclocks, running the risk of damaging their CPUs in the process.