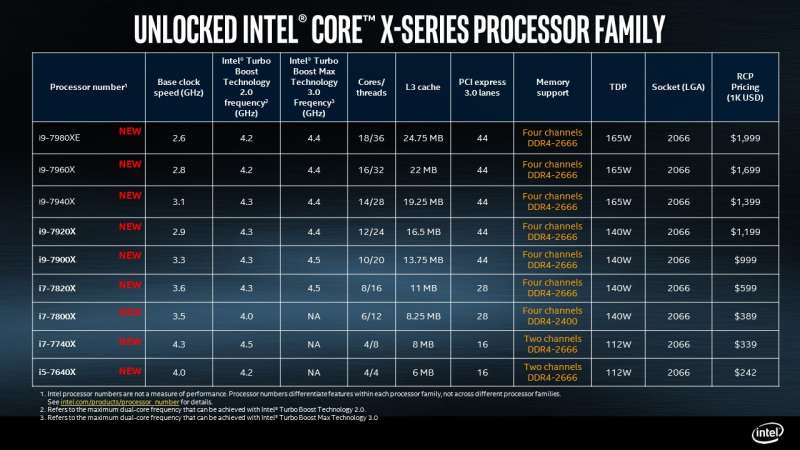 Of course, the official specification list isn’t new. Several weeks ago, this information was already leaked however, was not officially confirmed by Intel at the time.