When Intel announced the new Core-X series processors last month, the specifications chart they released didn’t include any detailed information about the Core i9 processors.

However, a new leak over at Videocardz have revealed all that information in what appears to be an official Intel slide deck still under NDA. 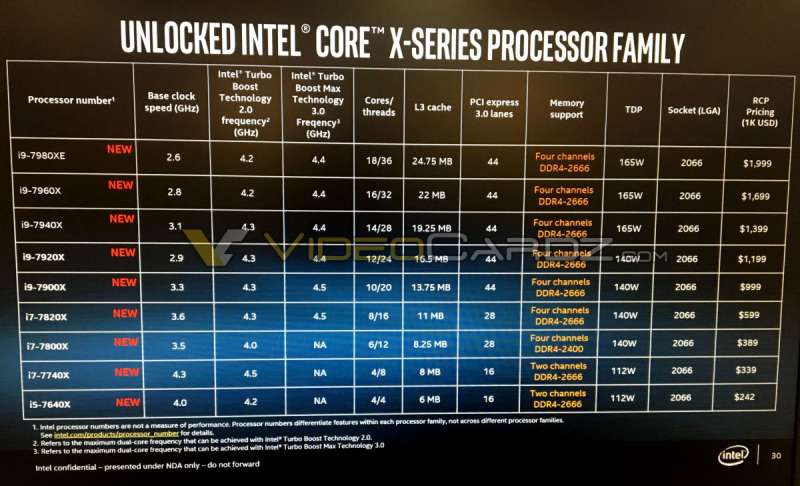 As always, take this information with a grain of salt as even Videocardz hasn’t been able to confirm its legitimacy. That said, this latest leak is quite interesting. According to the chart, the 18-core/36-thread Intel Core i9-7980XE features a base clock speed of just 2.6GHz, but is capable of turbo boost up to 4.4GHz which is one of the widest ranges of clock speeds we’ve seen.