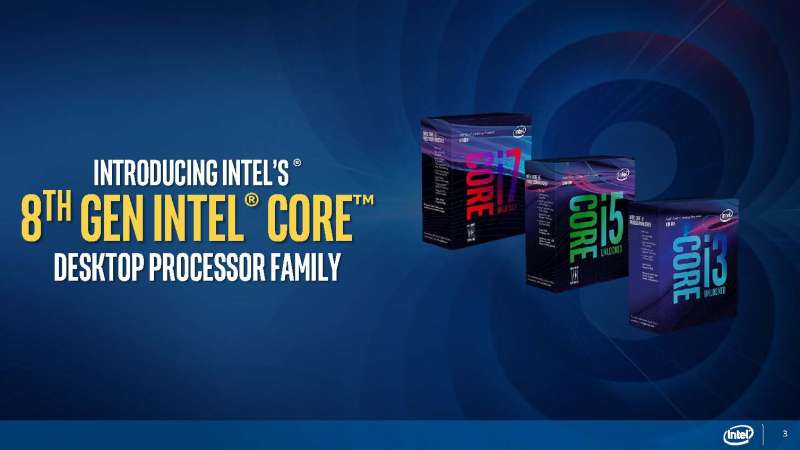 Coffee Lake uses an improved version of the 14nm FinFET. Though there’s still no transistor node shrink (we’ll have to wait until Cannonlake in 2018), Coffee Lake is still a monumental change from the previous generations.

Since the release of the Sandy Bridge CPUs in 2011, Intel’s desktop consumer CPUs has had a rigid core count structure: i3 gets two cores, i5 gets four, i7 gets four and hyperthreading. Coffee Lake adds two cores to each tier and a little bit more cache. Thanks to the higher parallelism, Intel claims that the i7-8700K is 32% faster in 4K video editing and can achieve up to 25% gaming performance than the 7th Gen Kaby Lake CPUs. Because the Coffee Lake architecture is an improved version of Kaby Lake, single core performance will probably only be marginally higher, with most of the improvements coming from the sheer increase in core count.

The integrated graphics has been rebadged from “Intel HD Graphics” to “Intel UHD Graphics”.  This is to better highlight its 4K playback capability, but the hardware is the same as the older generation.

While the socket for Coffee Lake is physically identical to Kaby Lake, it’s incompatible with Kaby Lake motherboards. You’ll have to buy a 300 series motherboard along with a Coffee Lake CPU. Intel explains that the change is to maximise performance as well as take advantage of the new power delivery system.