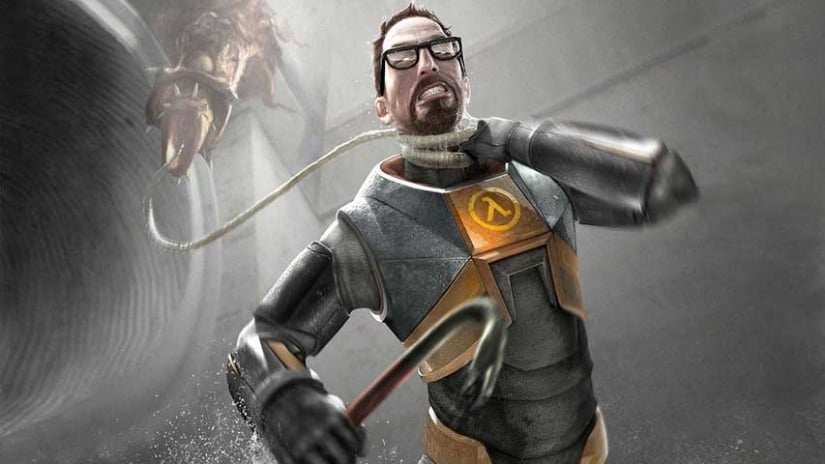 Marc Laidlaw, a lead writer for the Half-Life series, has just posted the plot for the third instalment on his website. Hold your breath while reading, because this is the closing curtains rather than a confirmation for the game.

It seems like Dr Gordon Freeman, the protagonist of the series, has had an epic adventure to excuse his absence. The silent doctor struggled in the desperate the crusaded through time in the Borealis, invented teleportation devices, and saw his infamous rival, G-Man, snatch away Alyx Vance. Now, he’s back in a world where the resistance no longer thrived, his friends gone, and his legacy forgotten.

And here we are. I spoke of my return to this shore. It has been a circuitous path to lands I once knew, and surprising to see how much the terrain has changed. Enough time has passed that few remember me, or what I was saying when last I spoke, or what precisely we hoped to accomplish. At this point, the resistance will have failed or succeeded, no thanks to me. Old friends have been silenced, or fallen by the wayside. I no longer know or recognize most members of the research team, though I believe the spirit of rebellion still persists. I expect you know better than I the appropriate course of action, and I leave you to it. Expect no further correspondence from me regarding these matters; this is my final episode.

This blog post has been the biggest developer’s update to the game since the ending of Half-Life 2 released 13 years ago. Though it rounds up the story, this may mean that the game may never see the light of day, it at least provides some closure. So without spoiling too much, here’s the full blog post.

Update: It seems like the site has been overflown with traffic. Here’s a backup on github (Courtesty of reddit user TLTTC_A_Team_Player).