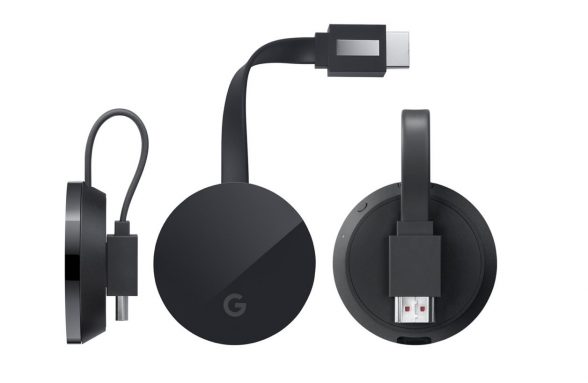 Images of Google’s upcoming Chromecast Ultra device have been leaked by VentureBeat prior to its October 4th launch where Google also plans to launch a number of other devices including the highly anticipated Pixel and Pixel XL smartphones.

The Google Chromecast Ultra is expected to be a 4K ready version of the original Google Chromecast. As such the device will feature significantly powerful hardware which will allow it to stream 4K content from your smartphone, tablet, PC, Mac, etc. to your HDMI equipped display.