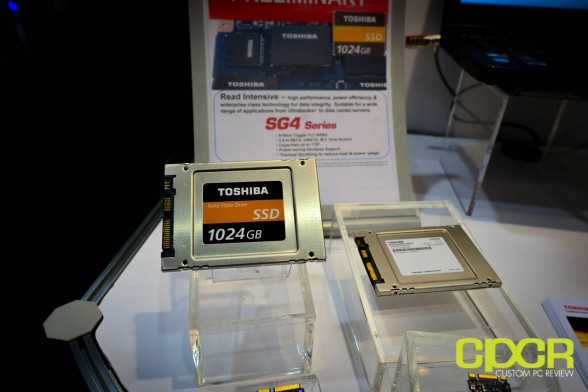 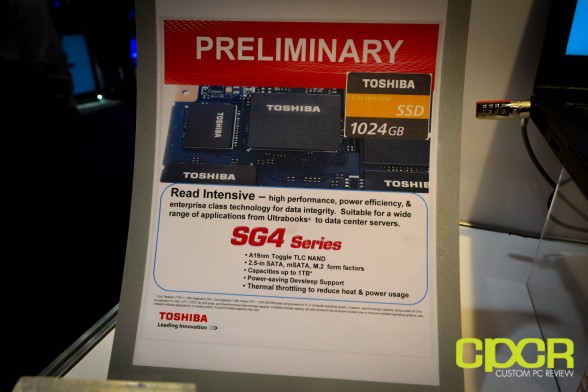 Taking a closer look at the spec sheet, the SG4 uses Toshiba’s latest A19nm Toggle TLC NAND which is the first time we’ve seen this NAND in an upcoming SSD. Although performance figures are currently unknown at this time, Toshiba is targeting the SG4 for read intensive applications. The controller technology is currently unknown at this time, but we’re expecting to see some form of Toshiba/Marvell collaboration as we’ve seen in Toshiba’s latest SSDs. 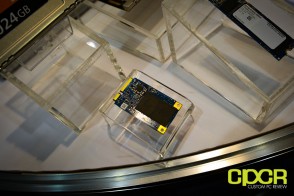 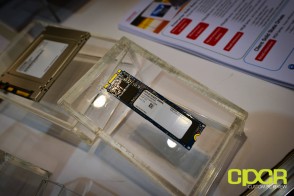 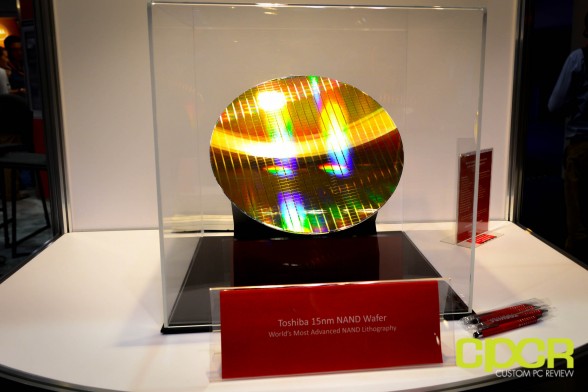 Although a bit less exciting yet still exciting nonetheless is a display of Toshiba’s upcoming 15nm NAND. Toshiba had a full wafer on display, but no product announcements have been made at this time.