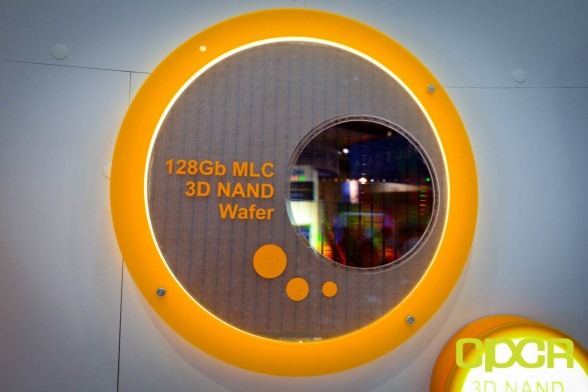 Although Samsung stole the thunder last month when they launched the world’s first commercial 3D NAND product, memory giant SK Hynix definitely wasn’t sitting idly by as they’ve decided to also show off some of their latest 3D NAND here at FMS 2014. Speaking with SK Hynix representatives, SK Hynix is in active development of their 3D NAND product and is currently qualifying the NAND in house. They expect their 3D NAND product to be available to sample to partners by 2H 2015. 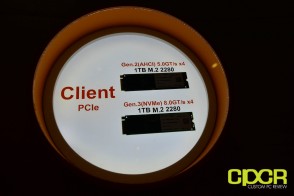 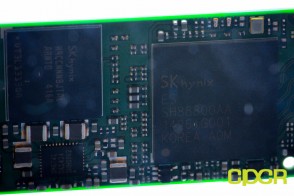 In addition to 3D NAND, SK Hynix also displayed some of their latest SSDs including their PC300 PCIe M.2 SSD. Utilizing an in-house LAMD based controller, a PCIe 3.0 x4 interface and supporting the next generation NVMe protocol, the PC300 is capable of up to a staggering 2,500MB/s sequential reads and 1,400MB/s sequential writes. Random read/write performance is rated at 400K/350K IOPS, which is phenomenal for a drive that’s designed for client use.