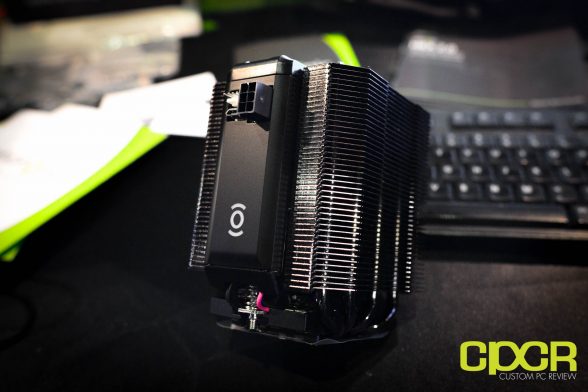 When choosing consumer CPU cooling technologies, there aren’t exactly all that many options in the marketplace. For most users, an air cooler or an all-in-one watercooling loop is likely going to be your best option. Until now. The Thermoelectric cooling experts at Phononic is looking to change up the game with the introduction of their Hex 2.0 Thermoelectric CPU cooler. 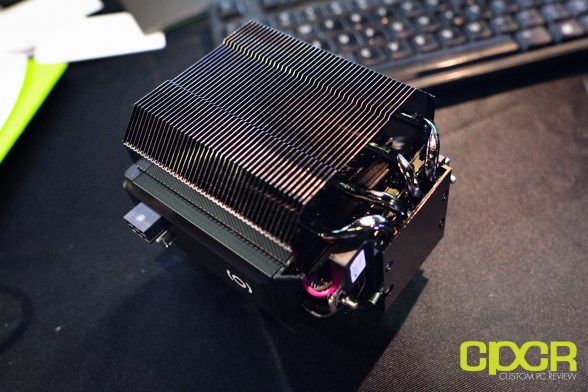 From the outside, the Hex 2.0 looks fairly typical as it uses your standard twin tower design with a 92mm Sanyo Denki San Ace 92 fan sandwiched in between. At the front of the unit, there’s a 6-pin PCIe power connector, a 4-pin fan header and a microUSB port which should be the first sign to users that this cooler may be more than meets the eye.

While the Hex 2.0 may look like the all too common tower air cooler, it actually has a hidden trick up its sleeve. Right above the base plate is a second base plate plate. Between it? A layer of Bismuth Telluride alloy. When a current (up to 35w) is applied to the plates, they create an electric potential which causes the electrons in the semiconductor to flow upwards, carrying heat with them. Once the heat is dissipated, the electrons return to their low energy state thus resetting their capacity to carry heat. As such, the higher the power input, the cooler the base gets. 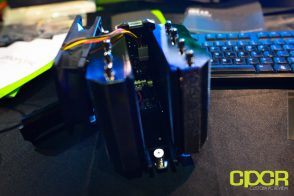 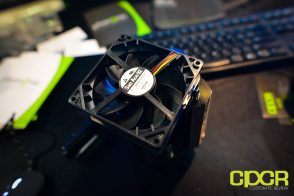 The result? Very efficient cooling in a smaller form factor without the use of water. Because of its unique and effective cooling technology, Phononic is able to match the performance of some coolers with 120mm or even 140mm fans despite carrying only a 92mm. While Phononic doesn’t have a maximum cooling performance rating on their cooler, they have done extensive testing on Intel and AMD’s latest chips, and the Hex 2.0 will have no problems cooling the CPUs even while overclocked. 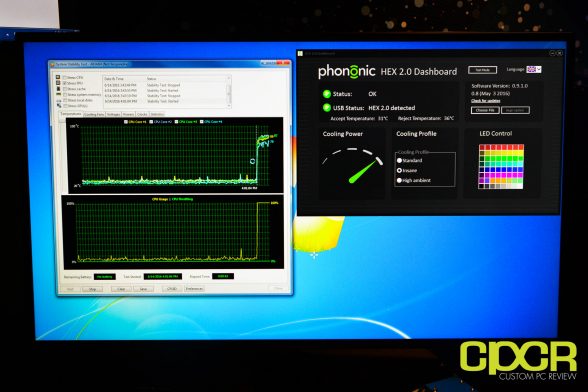 Phononic also includes a driver suite which enables the user to manage the cooling profile and change LED colors on the cooler. Phononic had a working demo available with an Intel Core i7-4790K overclocked to 4.6GHz. With the Hex 2.0 turned to the “Insane” profile, it was able to keep temperatures under 90ºC under full load. While that’s not revolutionary by any means, it’s very impressive for a cooler of this size.

The Phononic Hex 2.0 will be available now at a retail price of $149.99. Currently the only available color is black, but Phononic also showcased some other color options including red and blue. They’re still in development at the moment. Those interested in being one of the first to adopt this new technology can order a unit from Phononic’s website here. Phononic is also working with Maingear to provide a custom solution for their products.