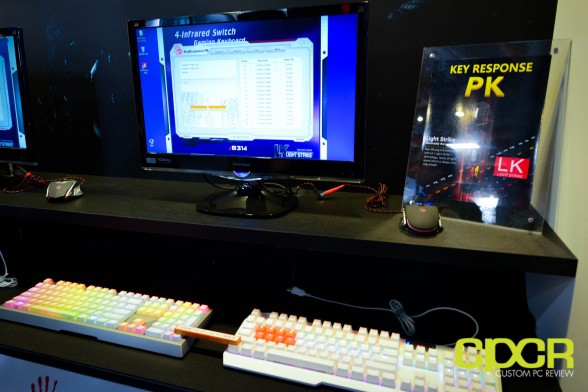 Adomax isn’t the only one with a an infrared keyboard switch at Computex 2015. 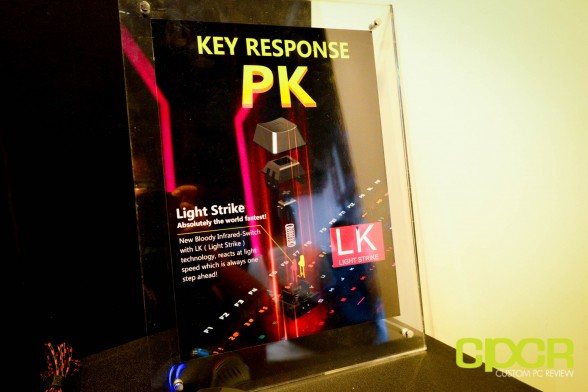 Meet A4tech’s Bloody infrared keyswitches with what they call “Light Strike” technology. Light Strike breaks from conventional mechanical keyswitch design by integrating an infrared sensor and emitter into the switch itself. Unlike the Adomax switch however, the infrared sensor and the emitter is placed facing each other, perpendicular to the movement of the switch. When the switch is depressed, a plate in the switch lowers and blocks the infrared beam between the emitter and sensor, and thus a keypress is registered. 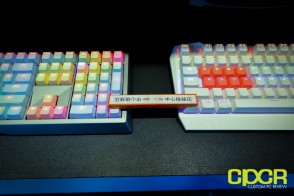 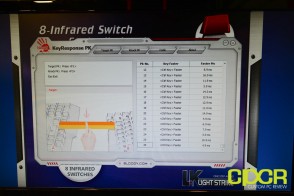 What this design translates to is speed. In fact, the representatives at the Bloody booth demonstrated this to us by pressing on a bar bridged between a “competitor’s” keyswitch (Cherry) and the Bloody infrared switch. The results are impressive. The Bloody infrared switch came out significantly ahead, with response times around the neighborhood of 0.1-0.3ms. The Cherry switches on the other hand were much slower with response times of 15ms to as high as 109ms! Additionally, similar to the Adomax infrared switch, Bloody claims that because the use of infrared reduces physical contact of the switch, durability will increase up to 100 million keystrokes. 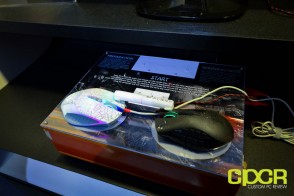 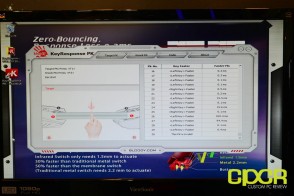 Interestingly enough, A4Tech also developed a mouse switch based on the similar infrared technology. They again had the same type of demo running and proved that their Bloody infrared switch is significantly faster than the Omron switches in the Razer Naga. 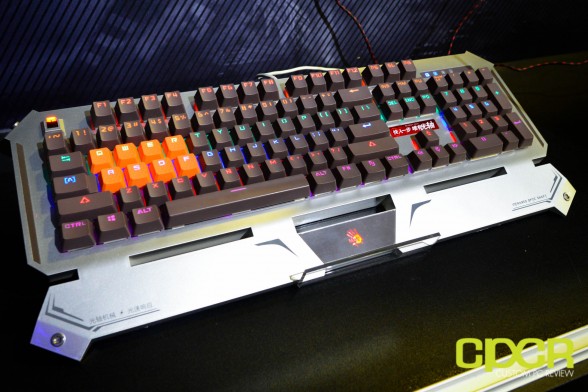 The Bloody booth this year was mostly a tech demo for their new infrared switch however, they did show off one prototype product (above) which will be the first to carry the new switch. Bloody tells us that the keyboard will begin shipping soon and to keep our eyes peeled at E3. Currently A4tech is planning for the switch to be a Bloody exclusive, but may be looking into providing their technology to other vendors in the future.