With Kaby Lake’s launch, MSI had a full range of Z270 motherboards are also ready and on display. At the time of writing, MSI has an huge lineup of 30 boards scattered in 4 different segments. 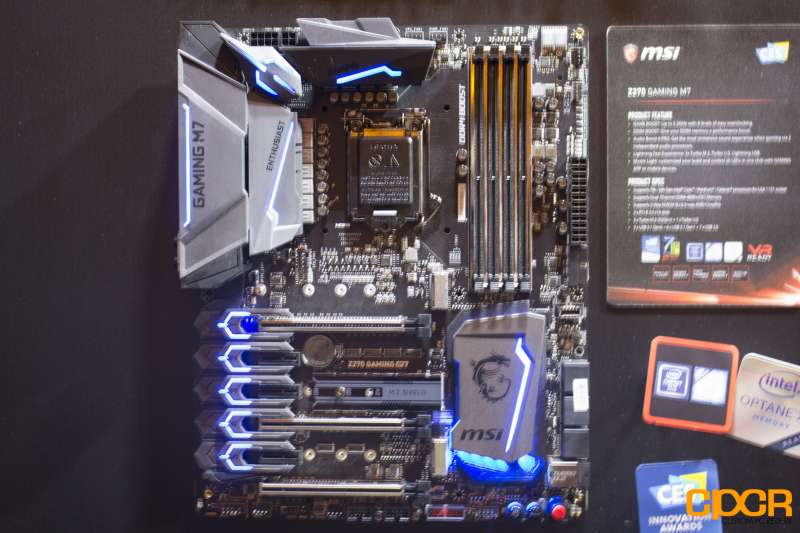 The MSI Z270 M7 includes Boost Audio 4 Pro which MSI says will provide gamers a premium audio experience for a “competitive edge”. To fit the RGB theme of 2016, all heatsinks and covers are fitted with RGB Mystic Light which can be easily controlled via software. With triple M.2 and U.2 sockets, the MSI Z270 steps into the god tier for high-performance storage support. The MSI Z270 M7 is expected to retail at $249.99. 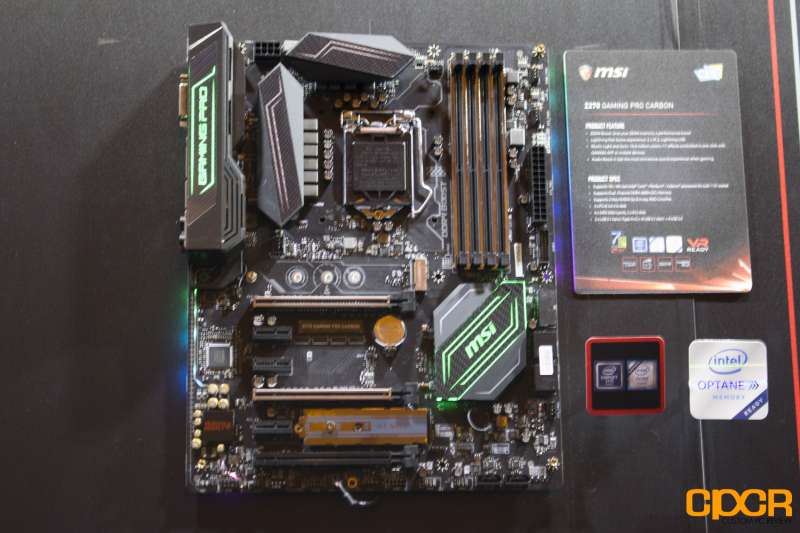 The Gaming Pro Carbon also includes Mystic Light, but this time with smartphone controls. It also features Mystic Light Sync which allows all RGB LEDs in your case, keyboard, or any other accessories synchronize with other colors and effects. It supports Crossfire and SLI and is on the higher-end of overclocking motherboards on the Z270 platform. 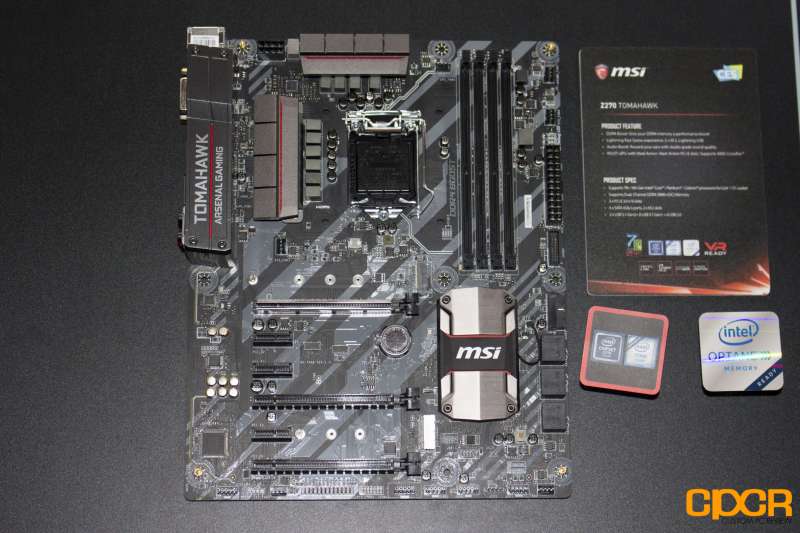 The Z270 Tomahawk is an update to the previous generation Z170 Tomahawk. The board now includes USB 3.1 type A and C ports, as well as a Turbo M.2 port with a very slick grey and charcoal two-tone color scheme. It mainly targets gamers who aren’t planning on overclocking their CPU or use more than one GPU. It also includes Mystic Light and is available at a MSRP of $150. 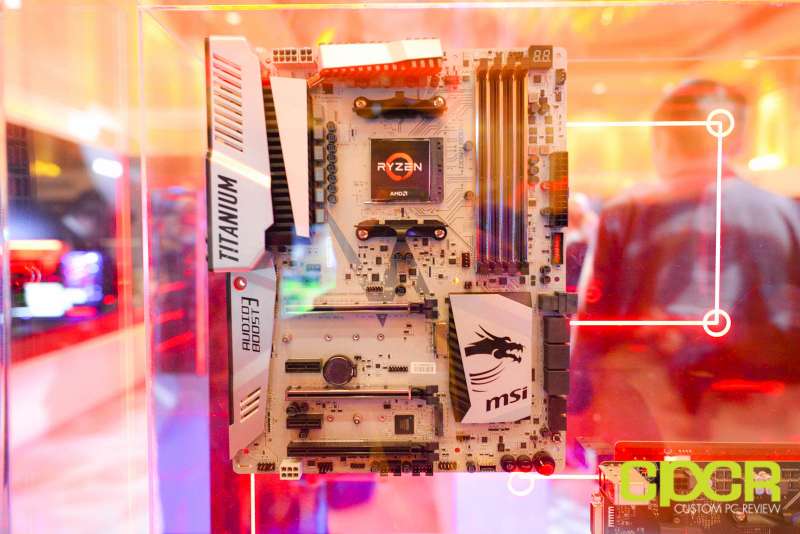 As we covered previously, MSI also had the X370 Titanium designed for AMD’s upcoming Ryzen CPUs. It’ll be geared for extreme overclocking with its 4+8 EPS power connectors which will deliver a whopping 500W to the CPU. Much like the Intel chipset based MSI motherboards, the X370 Titanium supports 3-way crossfire, dual M.2 ports, and a single U.2 port. This motherboard feels very much like a good mixture of the Z270 and X99 version in terms of feature set. MSI has said they will be releasing in late February, so let’s keep the hype train rolling! 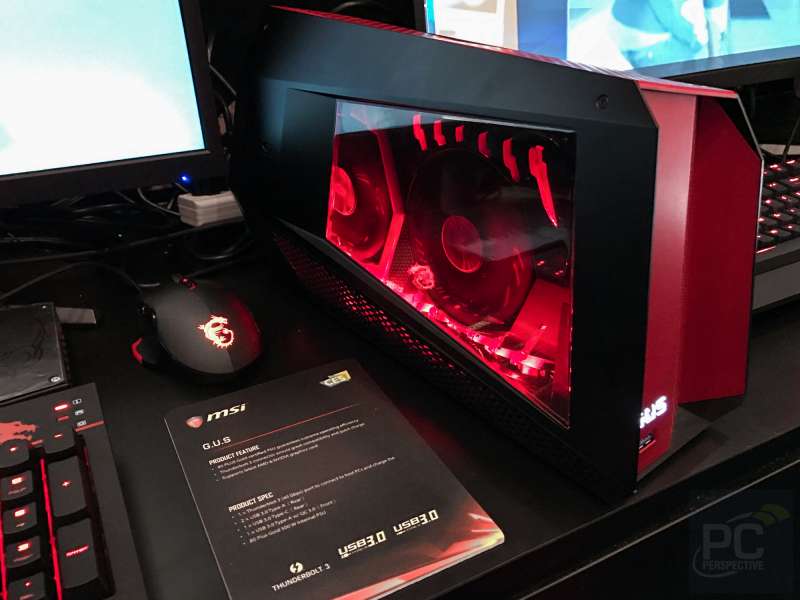 MSI also showed off the G.U.S. which they hail as a way to bring top-end graphics to any PC with a Thunderbolt 3 connection. It comes equipped with a 500W 80+ Gold rated PSU, 3x USB 3.1 Type-A ports, and a single Type-C port. We’re seeing Thunderbolt 3 making its way on more and more thin and light devices so hopefully graphics docks can find a way to make a splash this year. We will keep you updated when we get pricing and availability.