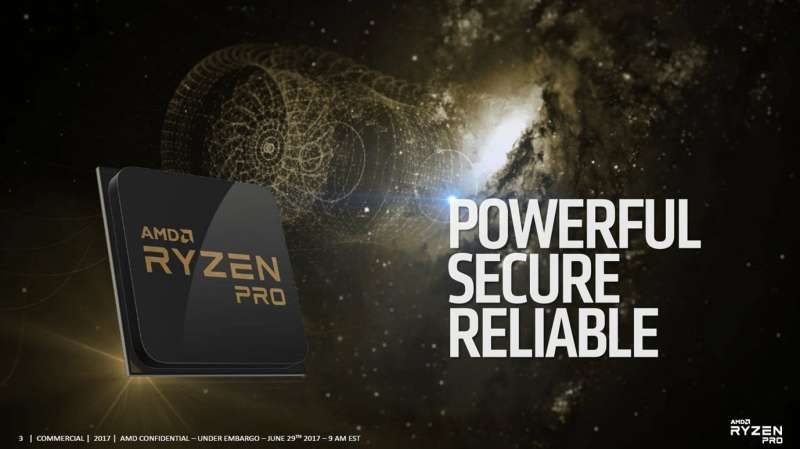 With AMD having completed their consumer, HEDT, and server CPU launches in the past few months, AMD is now rounding out their lineup with the launch of six new Ryzen PRO CPUs designed for the workstation and business consumer.

The new processors range from the 8-Core/16-Thread AMD Ryzen 7 PRO 1700X down to the 4-Core/4-Thread AMD Ryzen 3 PRO 1200. Interestingly enough, given that the specifications of the Ryzen 5 and 7 PRO processors are essentially identical to its consumer counterparts, this provides a bit more insight about the upcoming Ryzen 3 processors as well.

As far as the specifications, the Ryzen PRO CPUs are pretty much identical to its consumer counterparts. The reason for that is because most of the differences between the consumer and pro series CPUs is focused on security and reliability. 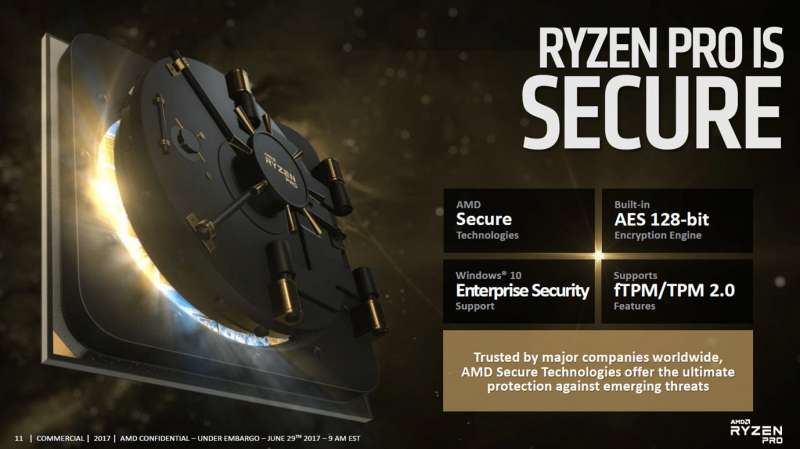 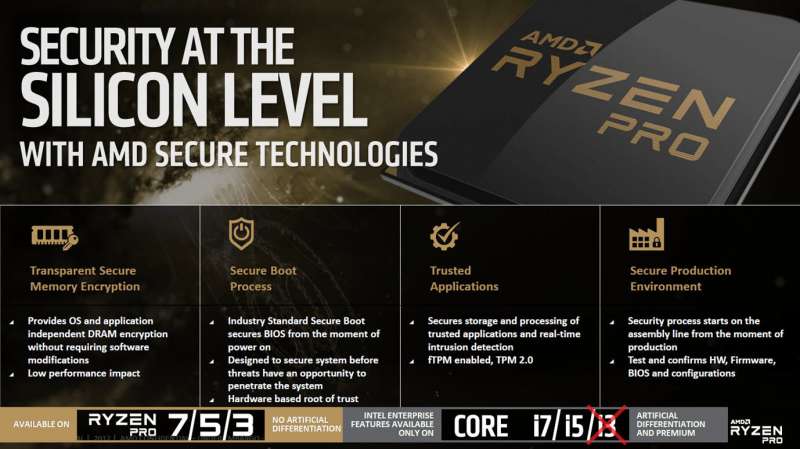 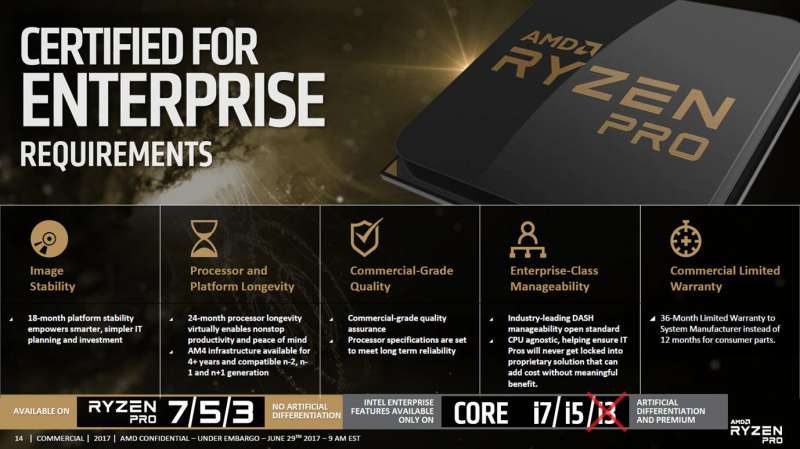 In addition to improved security, AMD has also baked in some important features for business customers. This includes the warranty period which has been changed to 3-years rather than the 1-year warranty found on the consumer Ryzen CPUs, the use of higher quality chips, DASH management capability and 18-month platform stability.