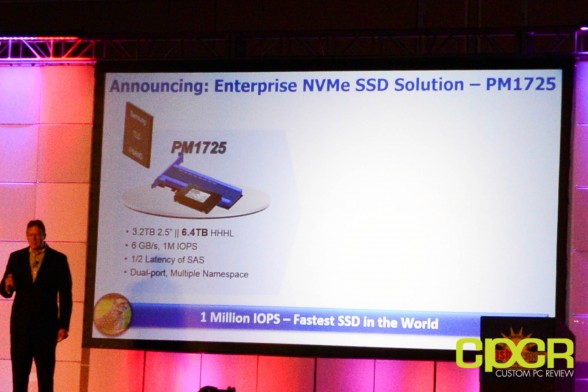 At FMS 2015, Samsung not only took the crown for introducing the highest-capacity 2.5″ SSD in the industry, but they also took the crown for introducing the highest performance SSD as well. Designed for enterprise customers looking for high performance solutions, the Samsung PM1725 is capable of reaching a staggering 1 million IOPS in a single drive making it the fastest SSD in the world. In order to do this, Samsung is utilizing their new Samsung EPIC SSD controller along with their latest 256Gb 3-bit MLC 3D V-NAND technology.

The Samsung PM1725 will come in two varieties – the HHHL and the 2.5″ SFF form factor. Performance on the different form factors are slightly different as well. 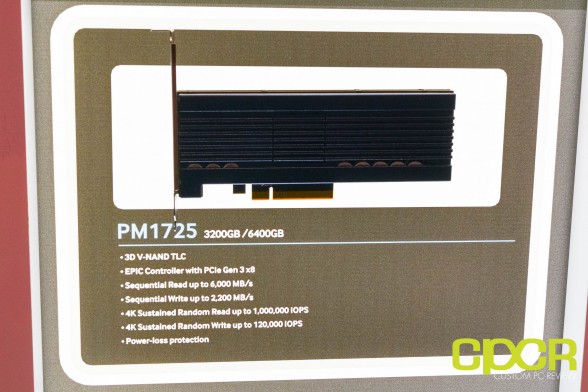 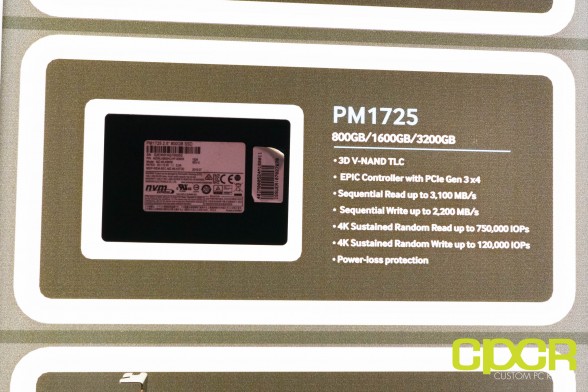 In terms of endurance, the Samsung PM1725 is rated at up to 5 DWPD for 5 years. Both drives support enterprise level power loss protection.

The Samsung PM1725 is currently shipping to select customers.