Samsung had a little surprise for us at their booth this year at CES 2015 as they displayed several upcoming, unannounced SD and microSD cards. 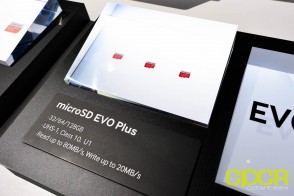 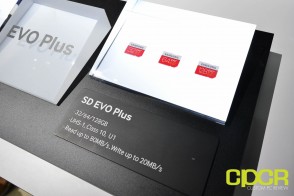 First up is the Samsung EVO Plus memory cards which will be available in both the microSD and SD card form factors in the 32GB, 64GB, and 128GB capacities. The 128GB capacity will be the highest capacity SD and microSD cards Samsung will offer. Both EVO Plus memory card form factors will feature support for UHS-1, U1 speed class and performance will be upgraded to 80MB/s reads and 20MB/s writes, up from 45MB/s reads for the Samsung EVO memory card lineup. 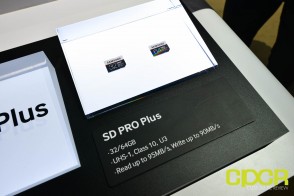 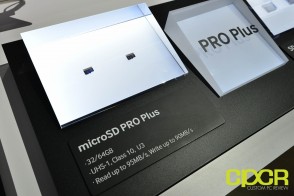 No word on pricing or availability just yet, but seeing that it’s already being displayed on the show floor, I’d venture a guess for 1Q2015.