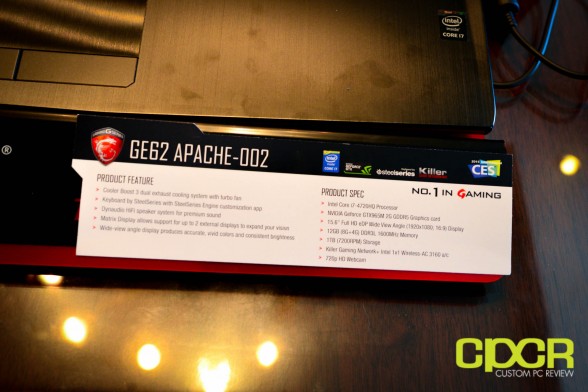 Since this is a relatively new release, no benchmark results or official specifications have officially been made available however we do know that the GeForce GTX 965M is using a Maxwell GPU with a projected performance that is at least on par with the older GeForce GTX 870M GPU. MSI claims that the lower power consumption of the 965M will allow the GE62 to last for 6 hours under standard use and Gigabyte says that the 965M in SLI is 15 percent more powerful than a single GTX 980M.