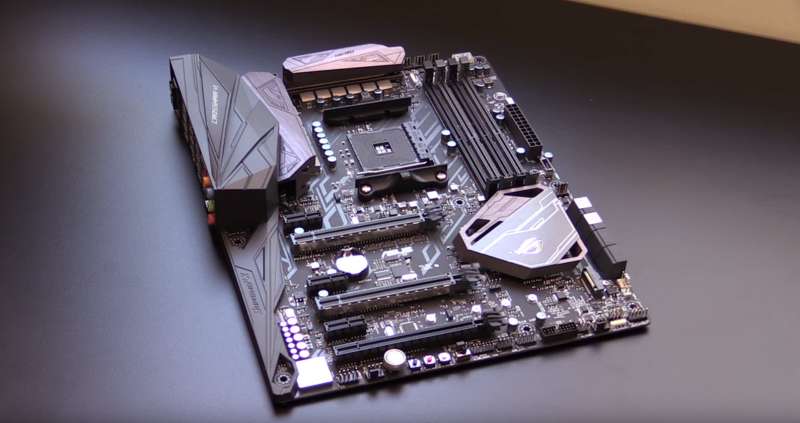 As expected, more leaks are springing as AMD gets closer to the Ryzen CPU launch.

Recently, Sean from YouTube channel KWASTEK got his hands on an early sample of the new ASUS Crosshair VI Hero AM4 motherboard designed for the upcoming Ryzen CPU and has released the first unboxing and first look of the board.

The Crosshair VI Hero is expected to be ASUS’s most premium motherboard for the AMD X370 platform and has been a long time coming. Aesthetically, it’s a very beautiful motherboard. Featuring a fully blacked out PCB, the board also includes some beautiful new heatsinks with a new interlacing stripe design along with the massive cover bearing the Crosshair VI logo around the I/O area.

Being a high end board, the ASUS Crosshair VI Hero comes with oodles of features including 12 phase power design, 4x DDR4 DIMM slots, 2-way SLI/3-way CrossFire support, 8x SATA 6Gb/s ports and M.2 support. The top two PCIe ports are enforced with metal to avoid bending. The Crosshair IV Hero also features a new SupremeFX audio system with a dedicated audio circuit and an integrated DAC using the latest S1220A Codec. Of course, on par with 2017 is programmable RGB LED lights have been installed on the heatsink and around the edge of the board.

Pricing and availability is still currently unknown at this time.