As you all know, the release of the Z77 chipset is on track for April 8, but thanks to VR-Zone, it looks like we’re going to get some information in advance about some upcoming ASRock boards.

The first leak is their flagship Z77 board, the Extreme6, and as you can see from the image below, will come with a whole lot of features. Most notably, it’s got a 8+4 power phase design, which actually doesn’t seem too impressive, but I can’t imagine a very high price tag on the board either, so it all evens out. 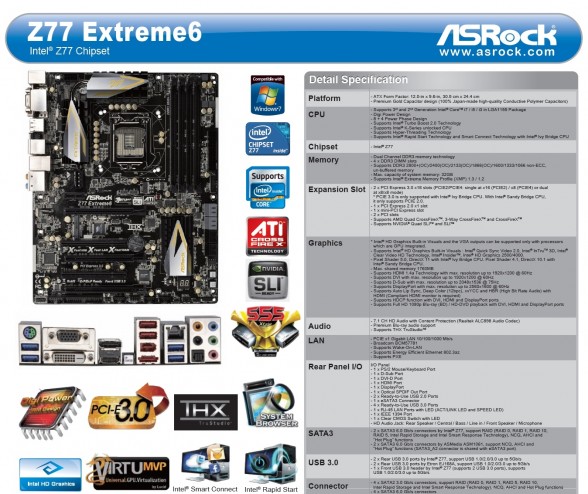 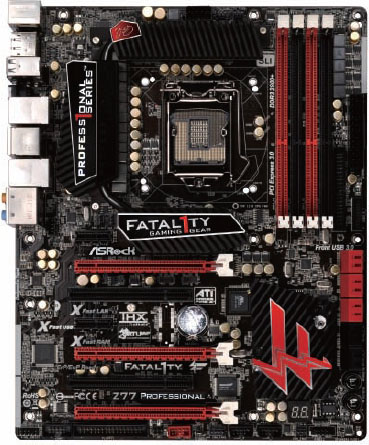 Finally, it looks like ASRock is also introducing a mATX edition of the Fatal1ty Z77 Professional as well, and depending on pricing, it could be a very compelling buy for those looking into a high quality, nice looking board without having to drop the premium for the ASUS ROG stuff. 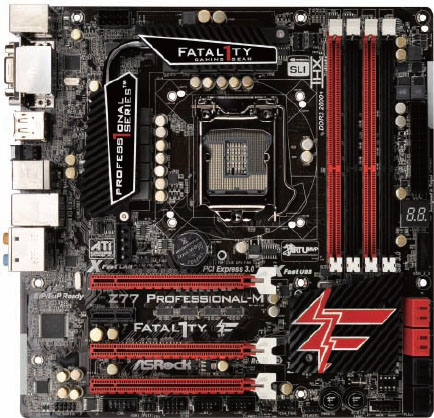