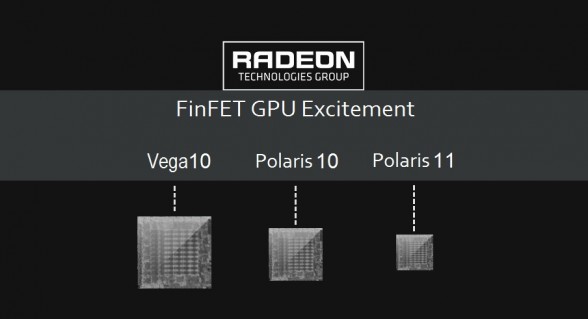 In the world of semiconductors, die sizes can provide a lot of information regarding the component such as manufacturing cost, architecture performance, and many other pieces of crucial information. As a result, many companies like to keep this kind of information a secret to keep competitors in the dark for as long as possible.

As a result, it’s no surprise that AMD chose to stay quiet regarding the true die size of their recently released Vega GPU; however, that isn’t going to stop reviewers and ultimately the hardware community from asking questions.

PCPer, one of the tech sites which reviewed the Vega FE, recently measured the Vega die at 512mm². WCCFTech Senior Editor Khalid Moammer replied to PcPer in a Tweet saying that he remembered AMD Radeon Boss Raja Koduri saying that the Vega die would be under 500mm². This was then be followed by a surprising Tweet from Koduri who not only confirmed that Vega is under 500mm², but also said that “… the number is the closest perfect square actually.” 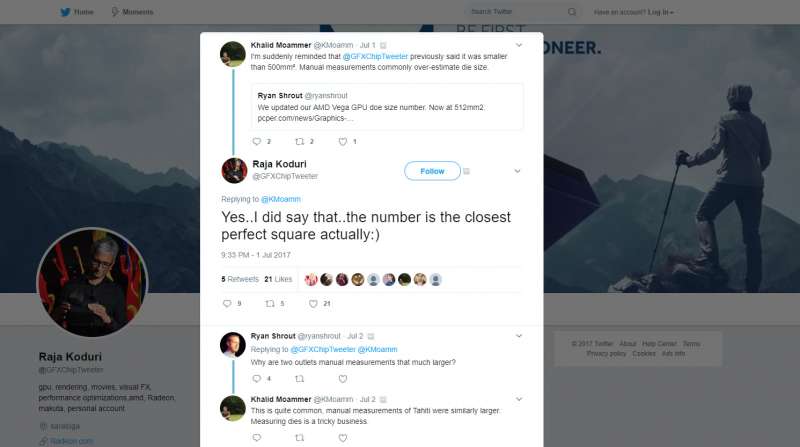