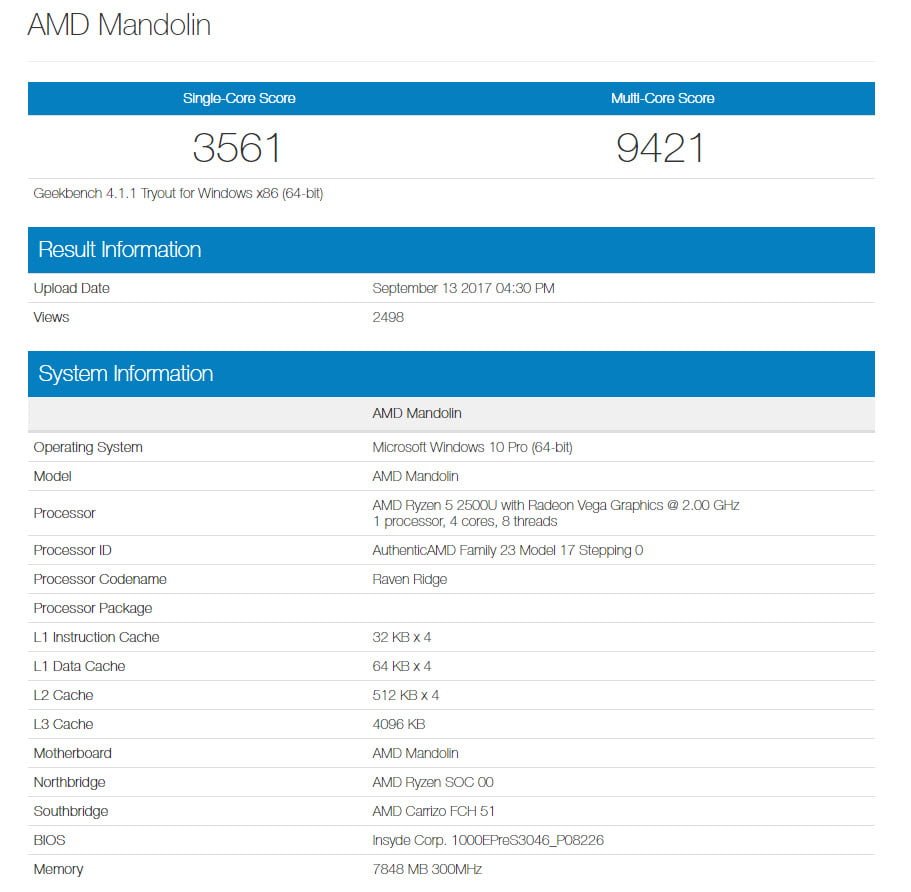 According to the leaked benchmark, the Ryzen 5 2500U scores 3,561 single core and 9,421 in multi-core, beating AMD’s current flagship APU, the A12-9800B, by 54% in single-core score and an impressive 84% in multi-core score. Based on these numbers, the closest competitor on the Intel side would be the Intel Core i7-7600U which scores 4,736 in single-core performance and 9,314 multi-core. However, keep in mind that the leaked scores of the AMD Ryzen 5 2500U are still from unreleased versions of the processor that’s not yet finalized for retail.

AMD’s Ryzen Mobile APUs are expected to launch in 3Q2017.