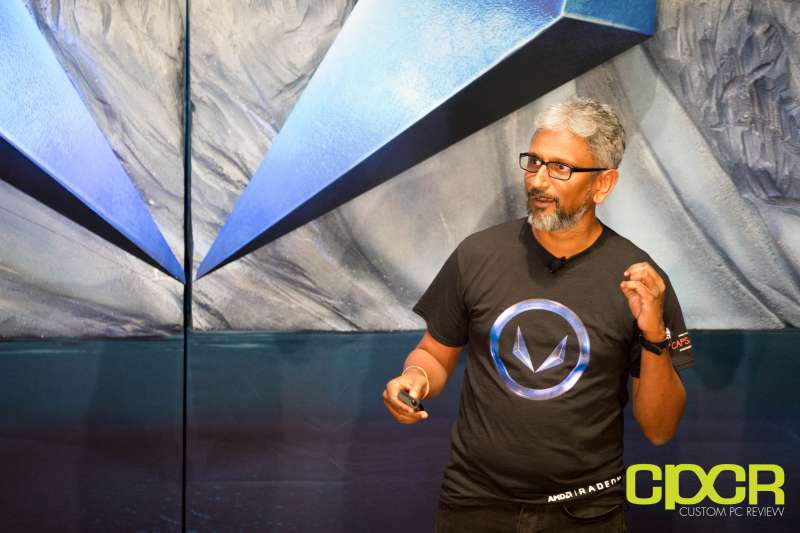 Back in September, Koduri announced that he’d be going on a sabbatical for personal reasons. In an email, he explained to his staff that he was taking a temporary break to spend some time with his family. Given that Koduri had just overseen AMD’s launch their latest Vega GPU, it didn’t seem like a huge deal at the time. Following Koduri’s announcement, AMD CEO, Dr. Lisa Su, took the reins of RTG.

After the recent lukewarm earnings call for AMD, both Intel and AMD shocked the tech world on November 6th when Intel announced that it was partnering with AMD to use its graphics technology in upcoming ultrathin notebook platforms. This was a monumental move for Intel which desperately needed something to compete against AMD’s upcoming Zen/Vega based APUs, and AMD, which desperately needed additional sources of revenue.

Almost parallel to Intel’s announcement, news exploded over the net that Koduri may be leaving his position at AMD. The first site that reported on the matter was Hexus. Included in the article was the following memo Koduri sent to his staff:

To my AMD family,

Forty is a significant number in history.  It is a number representing transition, testing and change. I have just spent forty days away from the office going through such a transition. It was an important time with my family, and it also offered me a rare space for reflection. During this time I have come to the extremely difficult conclusion that it is time for me to leave RTG and AMD.

I have no question in my mind that RTG, and AMD, are marching firmly in the right direction as high-performance computing becomes ever-more-important in every aspect of our lives.  I believe wholeheartedly in what we are doing with Vega, Navi and beyond, and I am incredibly proud of how far we have come and where we are going. The whole industry has stood up and taken notice of what we are doing. As I think about how computing will evolve, I feel more and more that I want to pursue my passion beyond hardware and explore driving broader solutions.

I want to thank Lisa and the AET for enabling me to pursue my passion during the last four years at AMD, and especially the last two years with RTG. Lisa has my utmost respect for exhibiting the courage to enable me with RTG, for believing in me and for going out of her way to support me.  I would also like to call out Mark Papermaster who brought me into AMD, for his huge passion for technology and for his relentless support through many difficult phases.  And of course, I want to thank each and every one of my direct staff and my indirect staff who have worked so hard with me to build what we have now got.  I am very proud of the strong leaders we have and I’m fully confident that they can execute on the compelling roadmap ahead.

I will continue to be an ardent fan and user of AMD technologies for both personal and professional use.

As I mentioned, leaving AMD and RTG has been an extremely difficult decision for me.  But I felt it is the right one for me personally at this point.  Time will tell.  I will be following with great interest the progress you will make over the next several years.

On a final note, I have asked a lot of you in the last two years.  You’ve always delivered.  You’ve made me successful both personally and professionally, for which I thank you all from the bottom of my heart.  I have these final requests from you as I leave:

. Stay focused on the roadmap!
. Deliver on your commitments!
. Continue the culture of Passion, Persistence and Play!
. Make AMD proud!
. Make me proud!

Neither AMD nor Koduri provided an official comment following the leak of the memo and now we know why. Just a day after it was reported that Koduri may be leaving AMD, Intel sent out an announcement appointing Koduri as Intel’s Chief Architect, Senior Vice President of the newly formed Core and Visual Computing Group. 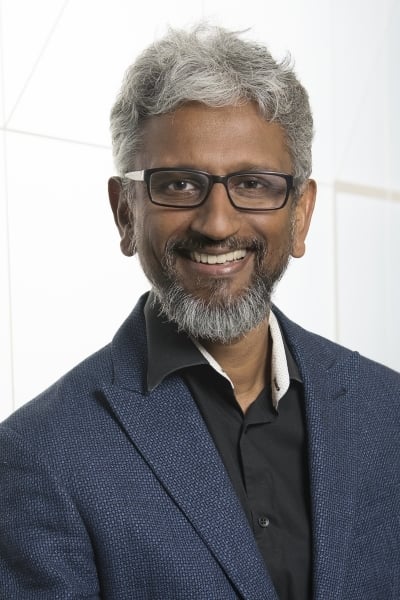 Intel explains that Koduri will vanguard its development in the integrated graphics market and high-end discrete graphics solutions when Koduri returns from his sabbatical in December. Intel has been a long-standing player in integrated graphics, but what’s interesting is the specific mention of “high-end discrete graphics solutions”. Currently, Intel’s only product that’s even remotely comparable to a graphics card is its Xeon Phi, a line of PCIe add-in cards based on x86.

Will Intel finally be making a big push to loosen Nvidia’s iron grasp of the AI market? We’ll see.