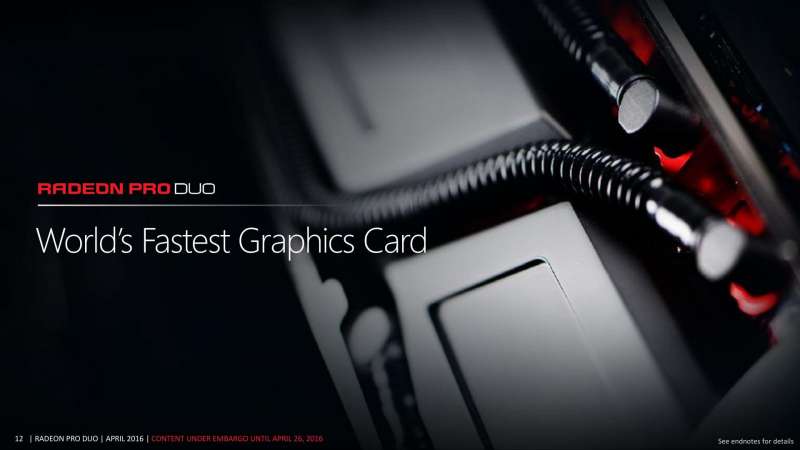 Out with the old, and in with the new. That is a mantra that has been echoed throughout history. Of course, before releasing a new product, you need to clear out inventory of the older product it will be replacing. As such, a variety of retailers have begun heavily discounting AMD’s Radeon Pro Duo.

AMD’s Radeon Pro Duo is a dual-GPU graphics solution aimed at “prosumers” that is, gamers who create content and content creators who game. The board packs two of AMD’s previous flagship Fiji GPUs, which are also found on the company’s Fury X graphics card. It was released back in Q2 of 2016 and was initially priced at $1499, where it has stood firmly, up until now. Currently, Newegg has an XFX-branded model priced at just $799, which is almost exactly half the price the card sold for previously. 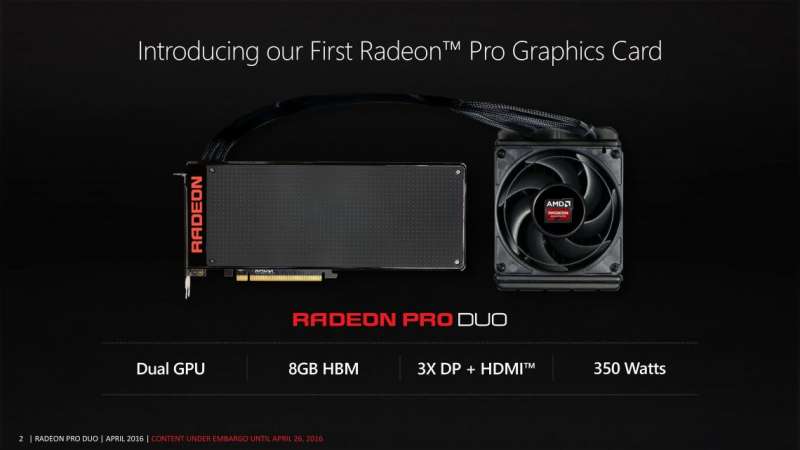 While pricing from other AIBs has not dropped this low, it wouldn’t be surprising to see them follow suit as well as we near closer to the launch of Vega.