Some keen observers recently discovered an interesting piece of information about AMD’s upcoming Ryzen CPUs on GDC (Game Developer Conference) presentation schedule. According to the schedule, AMD will be delivering a talk on “Optimizing for AMD Ryzen CPU” and in the description, it says “Join AMD Game Engineering team members for an introduction to the recently-launched AMD Ryzen CPU…”

AMD has been confident on the Q1 release date for Ryzen and this piece of news just serves as another confirmation. GDC is scheduled for February 27th to March 3rd at the Moscone Center in San Francisco. 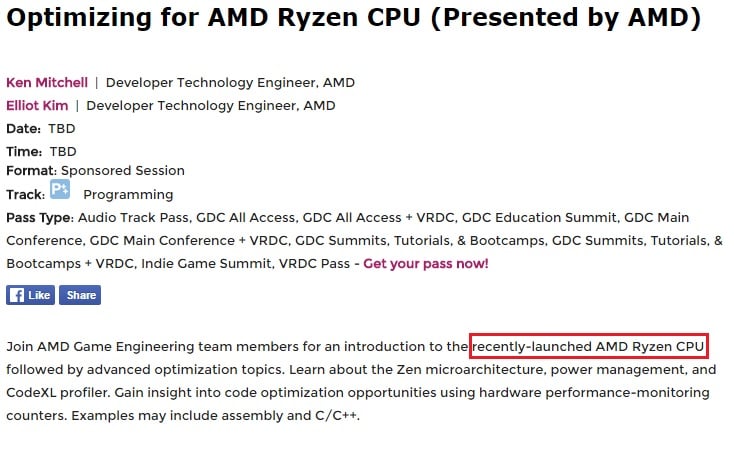 AMD has since revised the GDC schedule description to exclude the “recently-launched” part, but above is an earlier screenshot with the information.