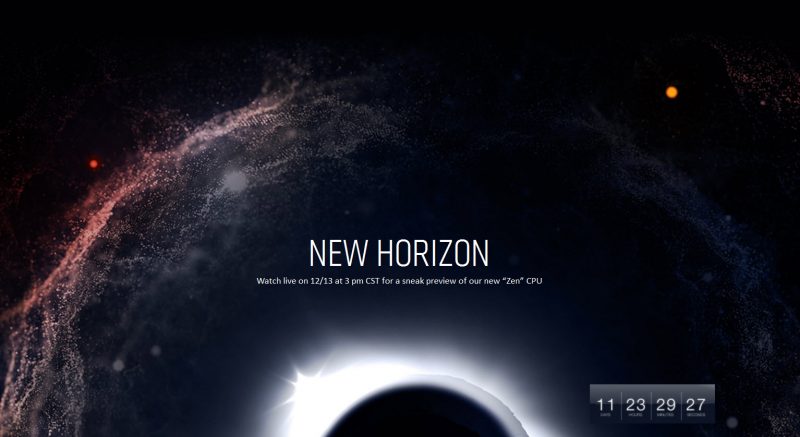 Most companies wait until CES to make their biggest announcements, but with the massive scale of CES these days, it’s easy for your message to get lost in the noise. As such, it appears that AMD may be holding one of their most important product launches in over a decade this month on December 15.

According to the event page, the event is titled “New Horizon” and AMD will be offering a “sneak preview” of their new “Zen” CPU. AMD will be strongly pushing their upcoming platform to gamers as they’ve invited video game journalist Geoff Keighley to present the show along with professional eSports gamer PPD to put “Zen” through its paces.

This is expected to be the first time AMD will be putting their upcoming “Zen” platform through its paces, so it should be very exciting. The event which will be held on December 13 at 3PM CST will be live-streamed. Those interested in watching the event can sign up here.