AMD’s dual Fiji graphics card has come up numerous times since it was first unveiled last year at PC Gamer’s E3 PC Gaming Show. However, this is the first confirmation we’ve heard that the card is still in production since we’ve entered into the new year. 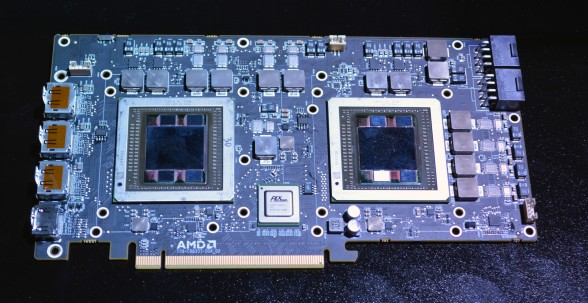 The dual Fiji card was used to power a VR demo at Virtual Reality Los Angeles (VRLA), the demo used a prototype Falcon Northwest Tiki system, which is only 4-inches wide. The Fury X2, which is currently codenamed “Gemini” was confirmed to be used at the event by AMD’s own Antal Tungler, via Twitter:

At this point there is no word on the card’s expected pricing or availability. However, given the fact AMD is expected to launch its Polaris GPU architecture by the 2nd half of 2016, we’d speculate that the dual Fiji card will be out sometime before then, possibly by April.