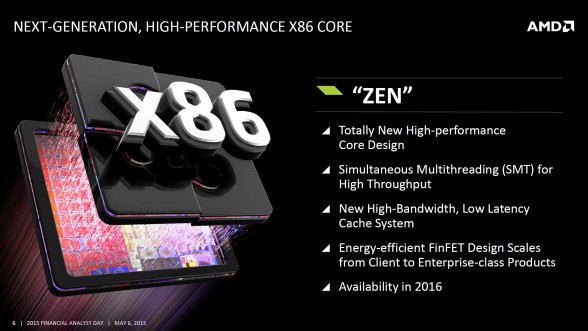 “Zen will compete favorably with Intel on performance, power and specifications – not just price”.

John Taylor, the Vice President of Worldwide Marketing at AMD, addressed a group of journalists in Australia yesterday. In his address, he remarked that AMD’s upcoming 14nm CPUs, based on their all-new Zen microarchitecture, would compete favorably with Intel on “performance, power and specifications – not just price”.

He also stated that, for the first time since he’d joined AMD in 2006 that he “…can say with absolute confidence that AMD has the products and strategies to change any negative perceptions customers may have had.” 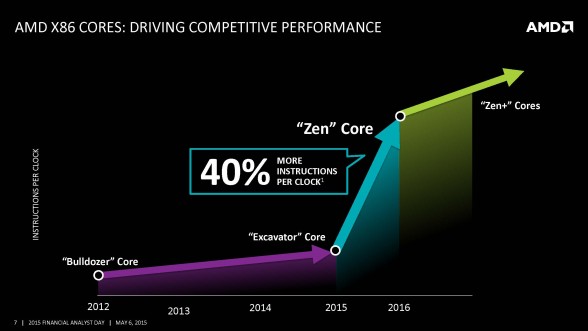 He then followed, “AMD has moved ‘upstream’ with its support from HP in the new business class Elitebook and believe me we will get into premium products like Dell XPS, Lenovo Yoga, and HP Spectre and many more,”

This promise of bringing AMD components to premium products such as Dell’s XPS and HP’s Spectre is definitely interesting as it says a lot about the potential efficiency and performance of Zen. Over the past few years, high-end notebooks and ‘Ultrabooks’ have been powered exclusively by Intel, as AMD lacked any appealing mobile solutions for those product categories. If what he claims is true, this is about to change.

“..We are far closer to Intel than ever before”

He went on to on address the importance of competition in the processor market, stating that, ““By the end of the year, AMD will have moved on, to both its Zen CPU core as well as the Polaris graphics architecture. We are far closer to Intel than ever before – you always need a number two to keep them honest,”

The first CPUs utilizing the new Zen architecture are expected to hit store shelves before the end of the year. We’ll likely hear more specifics at this year’s Computex in June.