If you saw our post yesterday regarding AMD’s imminent release of Catalyst 14.1 Beta drivers and have been abusing your F5 button all day because of it, we have some bad news. AMD found a last bug in some last minute QA testing prior to launching the drivers and as far as I know they’ll be working around the clock to get it out hopefully by next week. Rest assured, it’s still coming, but it’ll take slightly longer than anticipated.

Given the fact that AMD uses a Year.Month naming scheme on their Catalyst drivers and we’re about to roll into February, AMD may have to be launching the driver as a Catalyst 14.2 Beta rather than a 14.1 Beta. Not a big deal, as long as they get it right, right?

Mantle Update: Our driver team is still working on putting the final touches on the Catalyst 14.1 Beta. We will keep you updated.

The AMD Catalyst 14.1 Beta driver (or I guess 14.2 Beta driver) is expected to be available at AMD’s website when it’s ready hopefully sometime next week. That should give your F5 key a break… at least for the weekend. 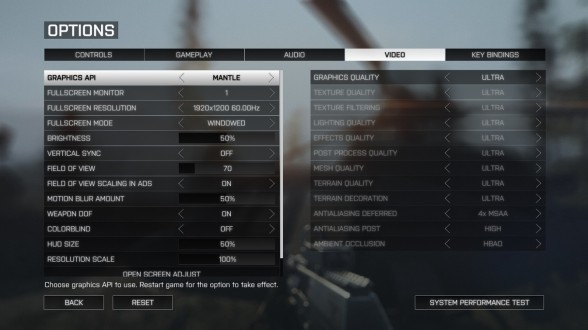 In other news, if you’ve recently had a chance to fire up Origin to update Battlefield 4, you’ll notice that a new patch was released yesterday which now enables Mantle support in Battlefield 4. Of course, it doesn’t mean much as of now since actually using it will require the Catalyst 14.1 or later drivers, but it’ll be nice to have it updated so it’ll be ready once the new Beta drivers are up.

Frostbite Technical Director, Johan Andersson, was kind enough to post a couple preliminary benchmarks on Mantle support within Battlefield 4 as well as a quick and easy guide on how to get Mantle enabled as well. If you haven’t had a chance to check that out, be sure to check it out here.