Another booth we checked out today in our E3 adventure is the Turtle Beach booth. To showcase their new products and to promote their existing ones, Turtle Beach had a massive booth in the South Hall that covered nearly 6000 square feet. Inside it, we had a chance to try out a ton of their audio gear and check out some new gear as well. 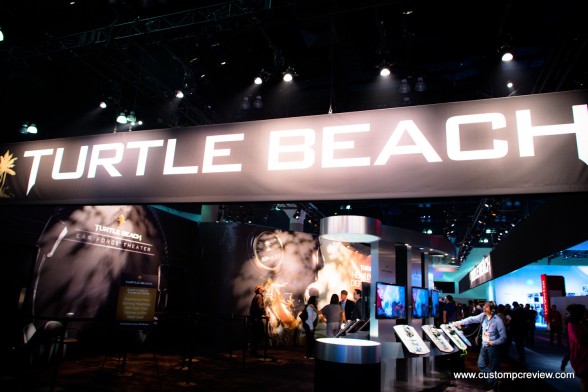 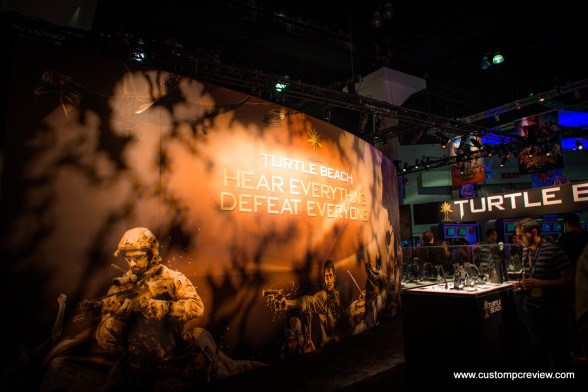 “HEAR EVERYTHING DEFEAT EVERYONE” 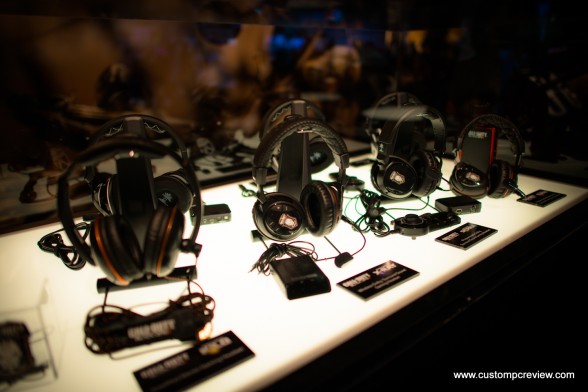 Turtle Beach is planning on releasing limited editions of many of their EarForce line of headsets with Call of Duty Black Ops 2 branding. Turtle Beach claims that these will be carefully optimized for the upcoming triple A shooter. Here we’ve got a full showcase of all the new headsets. 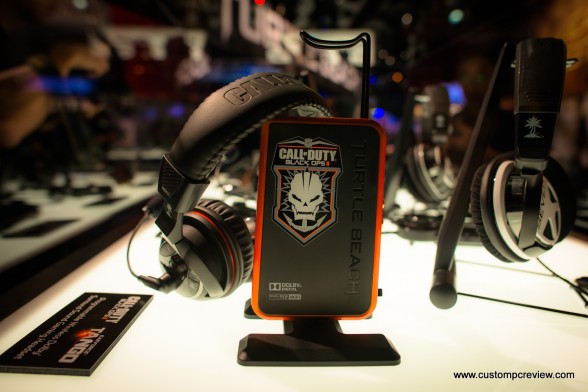 Here’s one in particular that caught my eye – the Turtle Beach EarForce Tango. Looks like a rebranded XP500 to me… with some minor tweaks optimized for Black Ops II. It does look pretty cool though. Black and orange are always great colors to go with. 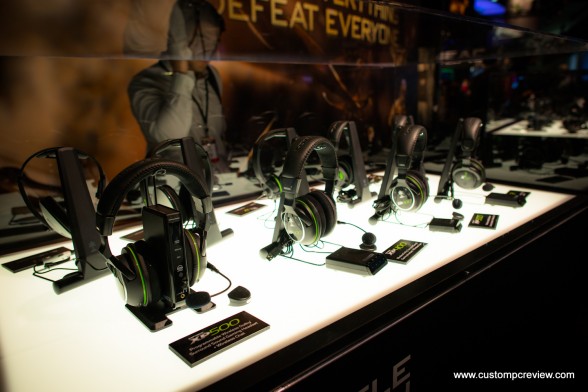 A bunch of Xbox series gaming headsets on display… 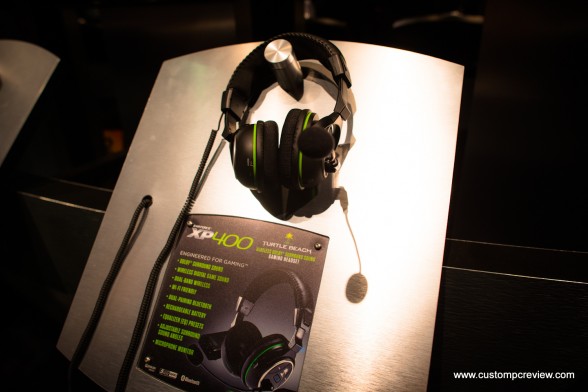 Here’s one of the listening booths at the Turtle Beach booth with the XP400 on display.