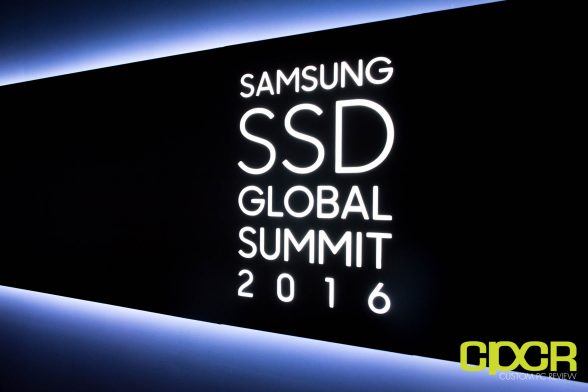 At the Samsung SSD Global Summit 2016 event in Seoul, South Korea, Samsung not only introduced two of the most highly anticipated SSDs of this year, but they also shared a number of insights into the rapidly growing industry. 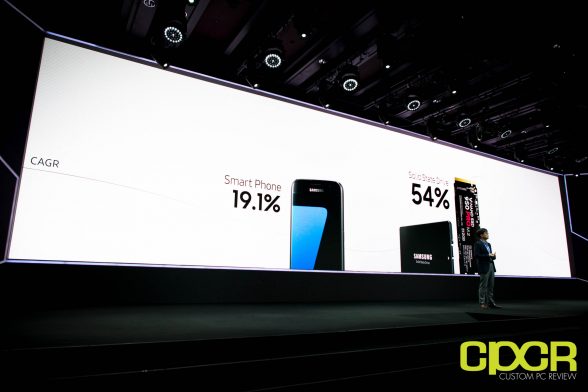 Kicking off the keynote was Willow You, Director of Branded Marketing at Samsung Semiconductor who discussed a number of current SSD industry trends. Among the first is the growth of the SSD market. According to Willow You, the SSD market has grown by 54% over the past 5 years which is significantly larger than the growth of the smartphone market which has grown just 19.1% over the same period. Samsung expects this trend to continue over the next few years as well. 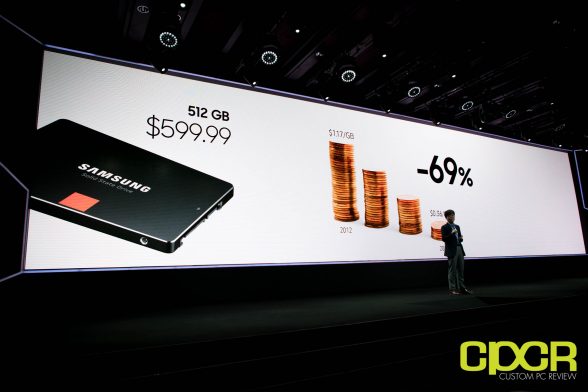 Driving this growth is the quick reduction of cost of SSDs over the past few years. In 2012, prices for SSDs were at $1.17/GB while prices today hover at just $0.36/GB. This is a reduction of 69% in just 4 years and prices are expected to continue to fall as new technologies are developed. 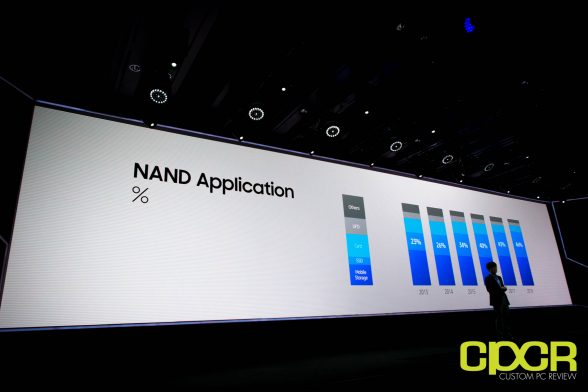 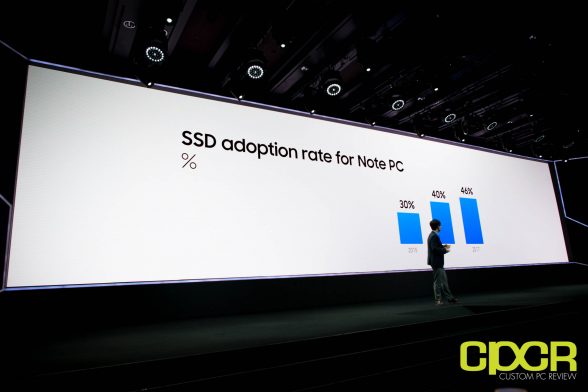 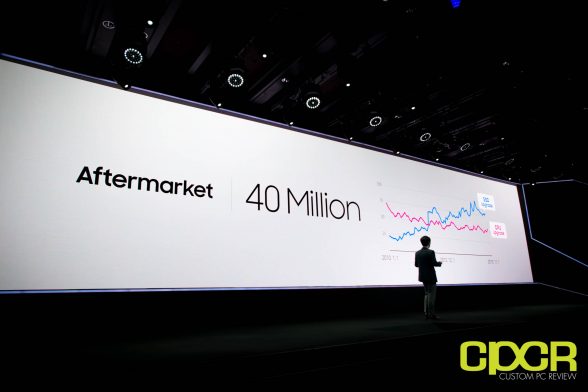 Google Trends is showing that SSDs are gaining significant traction as well. Somewhere around 2011/2012, the term “SSD Upgrade” eclipsed “CPU Upgrade” in Google searches and the gap has only grown wider at the end of 2015. The aftermarket segment, or those who purchase SSDs for upgrades or new builds, is currently at 40 million SSDs globally and is expected to continue growing significantly in the next couple of years. 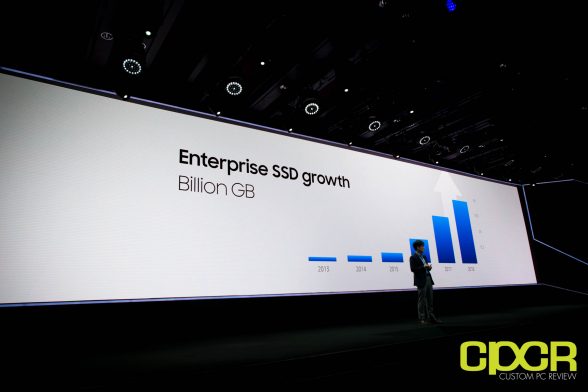 The consumer market is obviously doing well, but how about the enterprise market where adoption of new technologies tends to be slower? Well, good news as that’s growing at an even faster rate. In 2018, the enterprise SSD industry is expected to ship just under 50 Billion Gigabytes, which is just more than twice the amount of Gigabytes being shipped today. 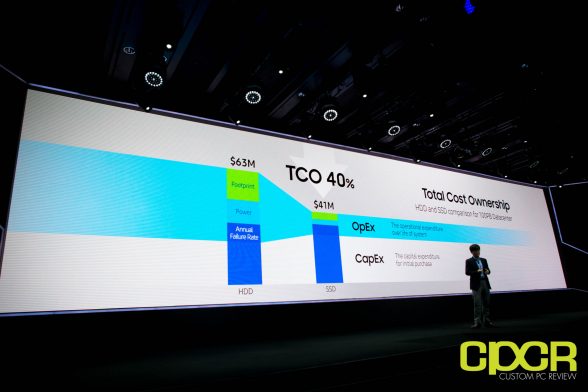 The reason for this is because TCO, or Total Cost of Ownership, for enterprise SSDs is very good in comparison to HDDs. Samsung expects a reduction of 40% in TCO, or a reduction from $63M to $41M, when comparing SSDs to HDDs in a 100PB Datacenter. 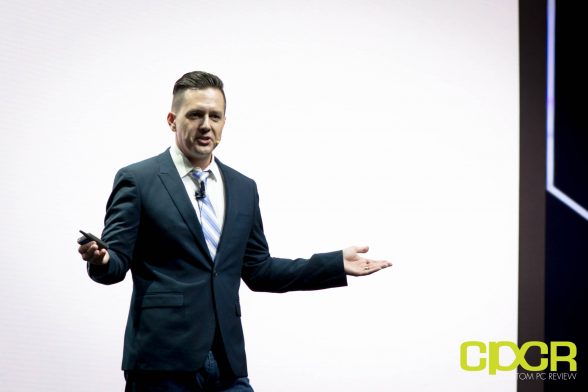 Next up was Ryan Smith, Director of AHQ NAND Product Marketing at Samsung Semiconductor who continued to discuss some current and future trends in the SSD industry. 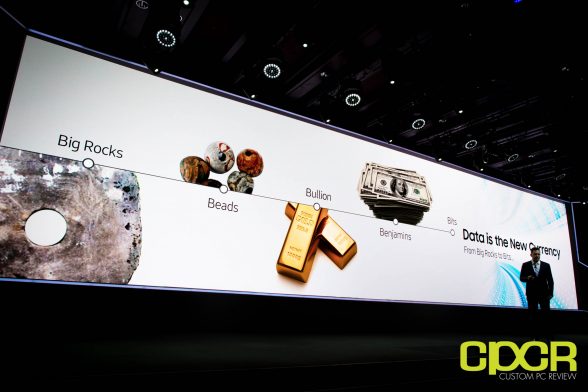 Kicking off the presentation was one of big data and the availability of data. It’s something we’ve seen before so I’m not going to get into that too much.

One interesting analogy that was presented early on was the evolution of currently over time. Whereas currency originally started out as precious rocks and beads, it evolved into bullion, paper, and is finally now just data. If you think about where money is held these days, it’s really just numbers stored on disks. This has some huge implications for the growth of SSDs as it’s expected to become the future of currency storage. Those are some huge shoes to fill! 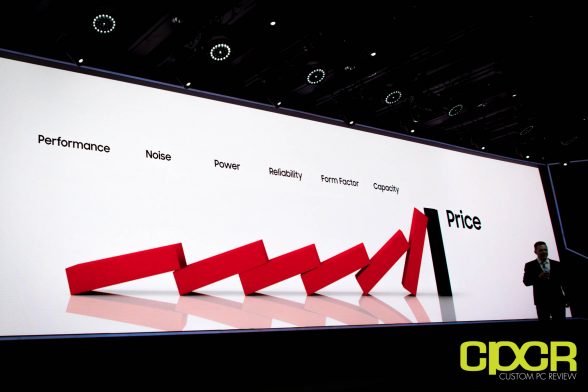 During the presentation, Ryan Smith also discussed what he believes as the different things, or “dominoes”, that SSDs needed to do better than HDDs to make HDDs obsolete. 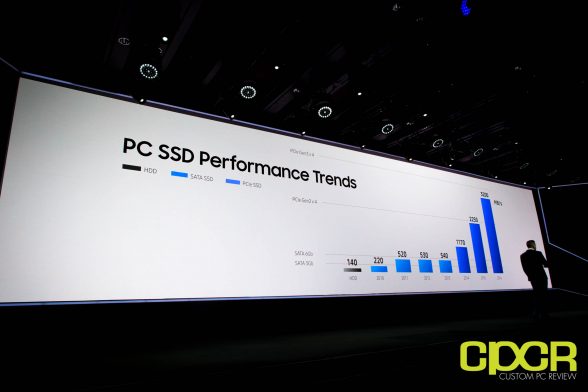 Performance is a fairly easy domino. HDDs are pretty much stuck at ~140MB/s whereas SSDs of today are already capable of reaching 3,200MB/s. Performance is expected to continue growing at a rapid pace as the PCIe bus is highly scalable and can support huge amounts of data. 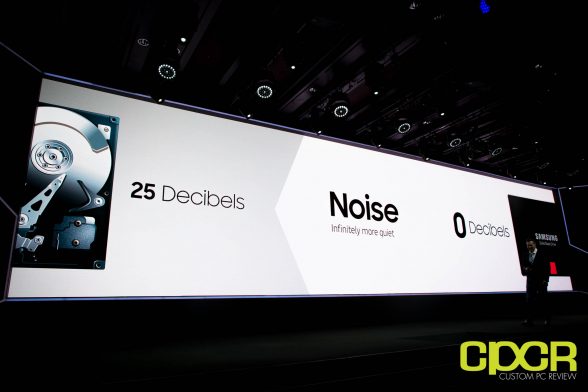 Noise is another easy domino. SSDs produce zero noise during operation as it has no moving parts. HDDs on the other hand, requires a spinning disk and therefore produce noise. 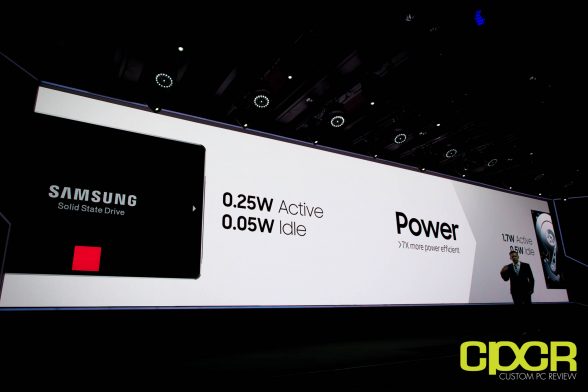 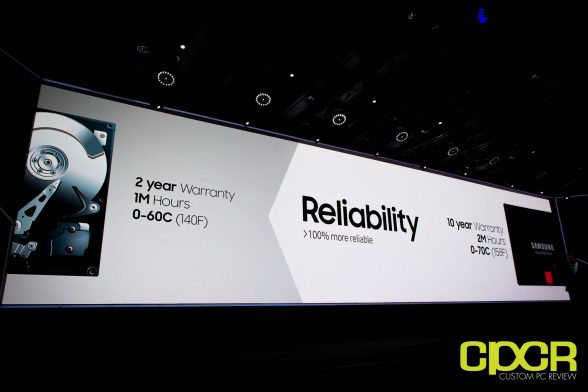 Reliability is another easy domino. Compared to HDDs, SSDs have much better reliability as there’s no moving parts. SSDs can be dropped without issue, can operate at more extreme temperatures, and have a significantly higher MTBF (Mean Time Between Failure). This results in the ability to offer a longer warranty as well to the tune of 10 years compared to the average HDD’s 2 year warranty. 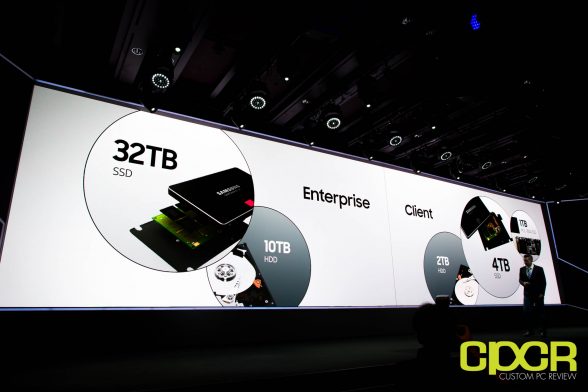 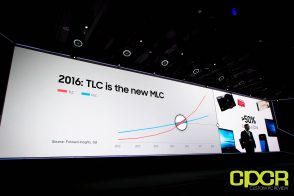 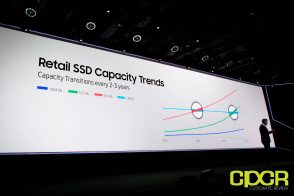 Capacity was a more difficult domino however, it recently fell as well thanks to the adoption of newer technologies. Changing the game here is TLC, or 3-bit MLC, which allows a greater amount of data to be stored in a single cell. This along with Samsung’s move to 3D NAND has created some massive SSDs such as their recently unveiled 32TB enterprise SSD and our recently reviewed Samsung 850 EVO 4TB SSD, which is the highest capacity consumer SSD on the market. 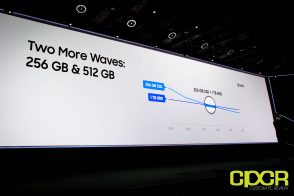 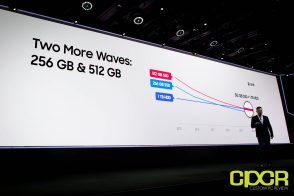 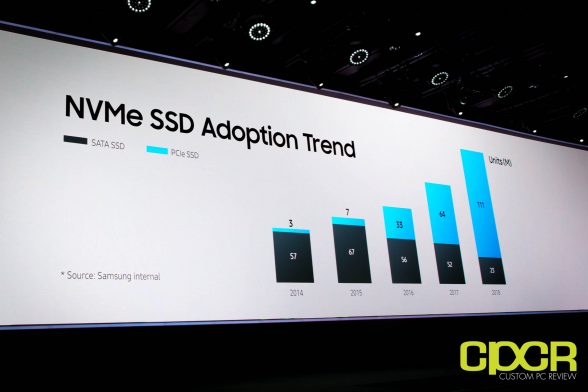 In essence, the NAND and SSD industry look very strong at this moment and it will continue to be over the next few years and beyond.