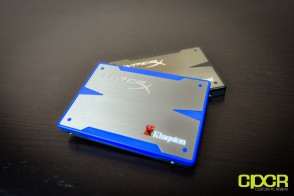 Been waiting for that elusive 5.03 firmware update which is supposed to fix TRIM in HyperX and HyperX 3K SSDs to drop? Well, wait no more because it’s finally here!

Those interested in updating the HyperX 3K SSD to firmware v5.03 may download the update here. It will come with Kingston’s own “Field Updater” firmware update utility along with the files required to update the HyperX 3K from firmware version 5.01 to 5.03. Those using the SSD as a boot drive will need to connect the drive to a separate computer to complete this procedure. The update is supposed to be “non destructive” so data should not be wiped during the update process, but it’s always recommend that you make a backup just in case.

Those interested in updating the original HyperX SSD to firmware v5.03 should be able to download the update here soon. Kingston hasn’t updated the links to the update yet (at the time this article was written). The procedure should be identical to the update process on the HyperX 3K SSD. 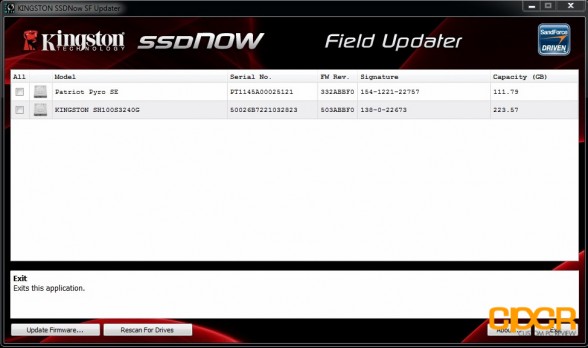 That said, I (being the brave soul I am) was able to successfully update my original HyperX 240GB SSD’s firmware from 5.01 to 5.03 using the firmware for the HyperX 3K. I’ll personally say it works, but please do not attempt this as it may destroy your SSD. If you choose to do so, do it at your own risk.

In addition to updating the SSD to the new firmware, I also did some quick testing on the original Kingston HyperX 240GB drive as well. Since it’s a firmware update that fixes TRIM, I didn’t really expect that it’d make too big a difference on a clean drive, but I ran a couple benchmarks for reference anyway. Those who have a lot of data on their drives or those who constantly do a lot of write/erase operations on their drive would likely notice the largest performance improvements from this update.

For performance comparisons to firmware 5.01, please refer to our review of the Kingston HyperX 240GB SSD. 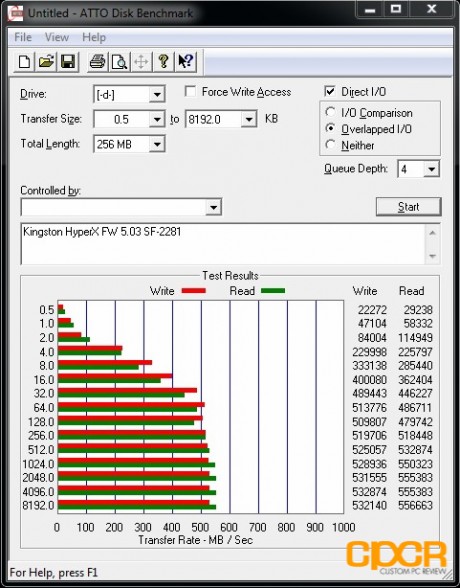 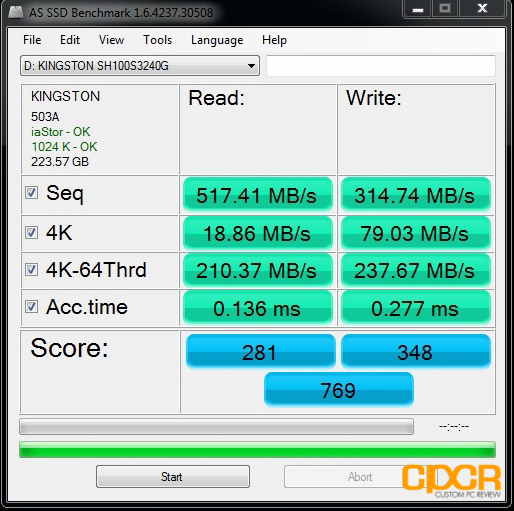 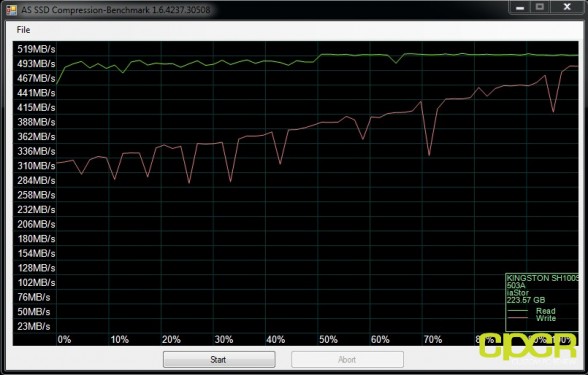 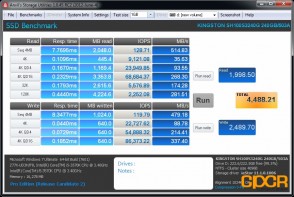 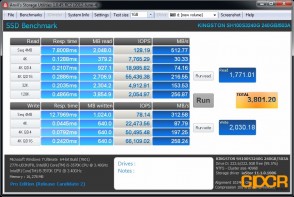 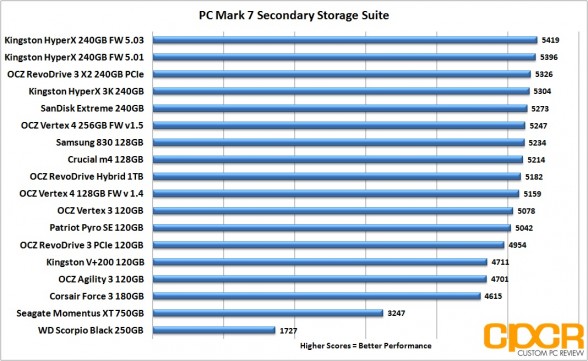 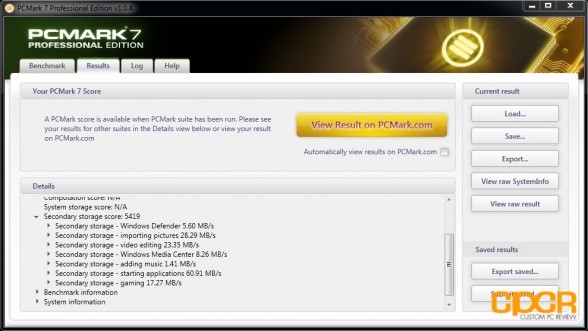 It seems like the update did help the Kingston HyperX 240GB secure an even higher spot on our PC Mark 7 charts though. First time any SSD’s surpassed the 5400 point mark in the secondary storage score. Well done, Kingston.

Remember, I’m using the HyperX 3K’s 5.03 firmware on the original HyperX for these benchmarks, so numbers here may not truly be accurate.