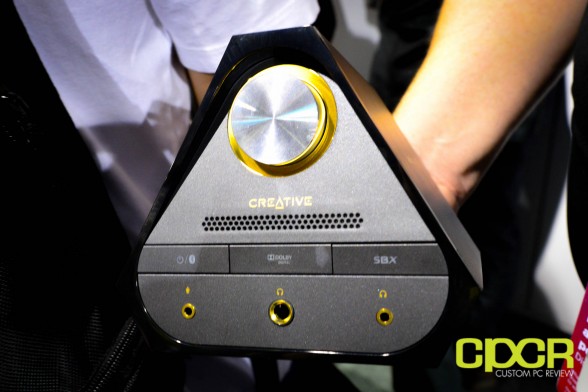 At CES 2015, Creative displayed tons of new products, but there was no doubt that the Sound Blaster X7 was the star of the show.

In order to achieve this, the Sound Blaster X7 features Creative’s proprietary SB-Axx1 multi-core DSP that we’ve seen in several generations of Sound Blaster products along with a Burr-Brown PCM1794 DAC capable of up to 24-bit/192kHz resolution and a SNR of 127dB. Creative also includes New Japan Radio NJM2114D and Texas Instruments LME49710 OP amps, which are replaceable for serious audio enthusiasts who want to switch up the sound signature. All capacitors onboard are exclusively Nichicon Fine Gold designed for audiophile applications. For line-in and recording purposes, Creative has also added a Burr-Brown PCM4220 ADC which supports high performance, two-channel line-in audio playback and recording up to 24-bit/192kHz. 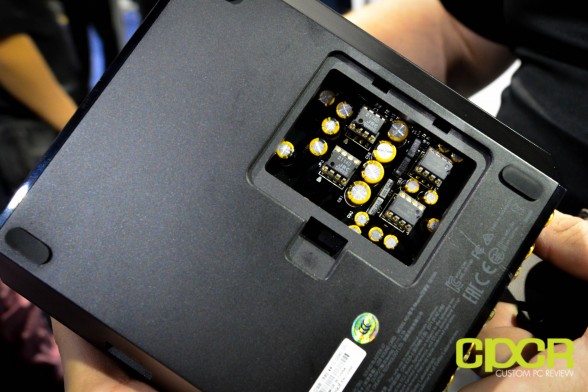 On the amplifier side, Creative has employed Texas Instruments TPA6120A2 headphone amplifiers to drive high end headphones up to 600Ω. For low impedance IEMs, the Sound Blaster X7 also supports a headphone output impedance of only 2.2Ω. As mentioned earlier, there’s also a TPA3116D2 Class D digital amplifier capable of delivering up to 76W of power (2 channels, 38W per channel @ 4Ω) for passive bookshelf or floorstanding speakers. It can also be upgraded to 100W (2 channels, 50W per channel @ 4Ω) with the optional 24V, 6A power adapter. 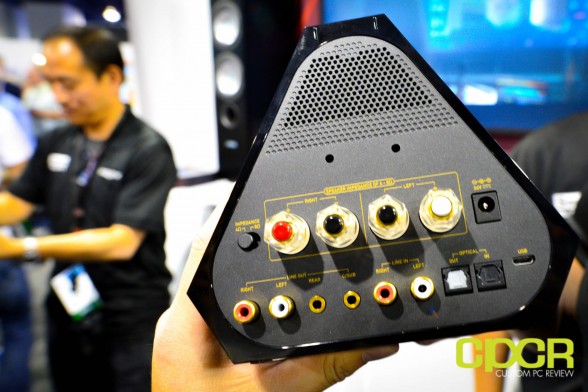 Connectivity options are plentiful as well. Those who prefer a pure audio experience can hook up to a multitude of wired options including optical, RCA, USB, or 3.5mm. Those who prefer the convenience of wireless will also have the option of using Bluetooth as well.

Those interested in the Creative Sound Blaster X7 can pick one up today for $399.99. 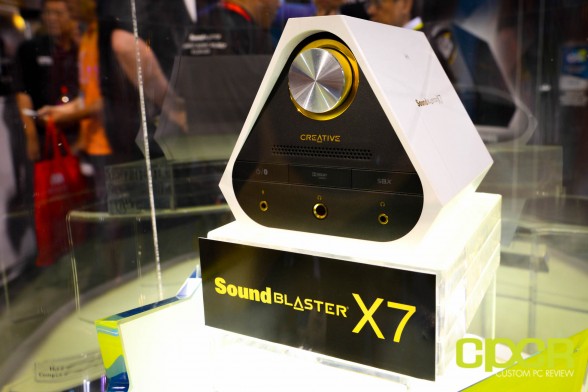 If you thought that sounded quite impressive, that’s not all. Creative also showcased the Sound Blaster X7 Limited Edition which contains a few upgrades over the standard Sound Blaster X7.

Aside from the beautiful pearl white paint job, the Sound Blaster X7 Limited Edition comes packed with not only the upgraded 24V, 6A power adapter for up to 100w of power output, it also comes packed with a headphone output impedance of 1Ω. This will allow the Sound Blaster X7 Limited Edition to accurately drive ultra high end, low impedance IEMs such as the Shure SE846 – something impossible to do with cheap headphone amps.

The Creative Sound Blaster X7 Limited Edition is expected to arrive at the end of January for $499.99.