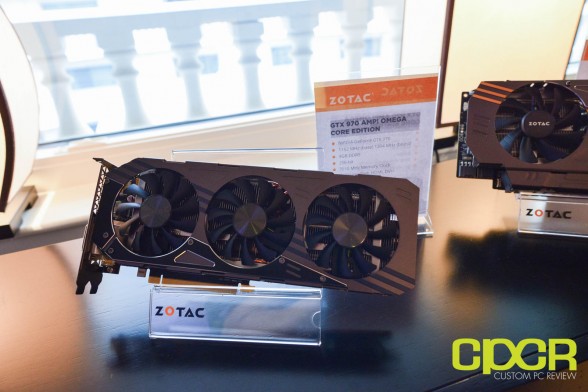 At their CES suite this year, Zotac showed off several new and upcoming GeForce GTX 970 based graphics cards and ZBOX Pico mini-PCs.

The first new graphics card introduction is the Zotac GTX 970 AMP! Extreme Core Edition, which removes some of the fluff from the original GTX 970 AMP! Extreme card and reduces the size of the cooler to fit into two slots. Zotac also shaved off some weight from the card by using lighter materials, but still managed to keep the full backplate along with the triple fan design.

The second graphics card Zotac showed us is the Zotac GTX 970 AMP! Omega Core Edition which follows the same principles of the GTX 970 Amp! Extreme Core Edition card. The cooler has been reduced to a dual slot size and it’s using lighter materials as well. The new card also retains the full backplate along with a triple fan design. 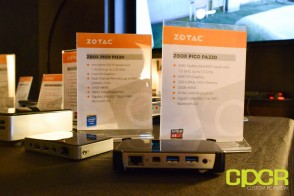 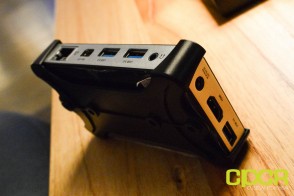 Zotac also showed off two of their upcoming ZBOX Pico mini-PCs, the ZBOX PICO PI330 and PICO PA330. Both mini-PCs are targeted at consumers looking for an on-the-go portable PC, HTPC, streaming micro-console, digital signage PC, or lightweight office PC. While both share the same exterior design, the difference between the two is that the PI330 features an Intel Atom Z3775 Bay Trail processor along with Intel HD Graphics while the PA330 features an AMD Mullins A4-6400T along with AMD R3 Graphics.

The ZBOX PICOs will be released sometime in 2Q2015. Pricing is still unknown at this time.