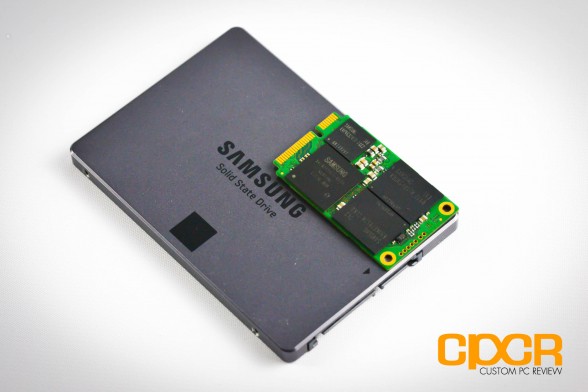 As reported several weeks ago, a number of users (including yours truly) were experiencing slow read performance issues with their Samsung 840 EVO SSD. At the time, the issue was just discovered by various Samsung 840 EVO owners and Samsung was still working on a fix to the issue. As of yesterday, Samsung provided us with an early firmware update that appears to help fix the issue. 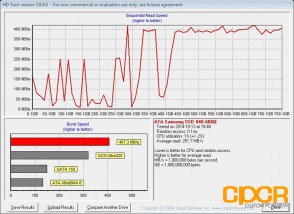 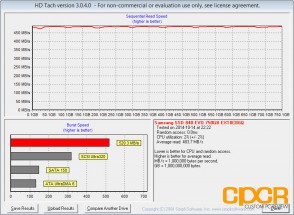 Here we can see performance figures from the drives before and after. Before the fix (left), performance was slow and inconsistent. After the fix, performance is back up to normal. Of course, it does take some time before the performance issue pops up, but the results seem positive so far. We’ll be further testing these drives in the weeks to come.

The performance fix is expected to be available sometime tomorrow and we’ll be sure to update this article with where you can download it.

The utility works in two steps. 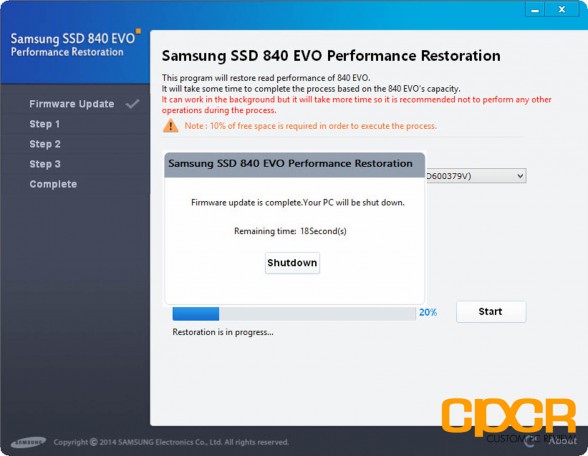 In the first step, the utility updates the firmware on the drive to firmware EXT0CB6Q. 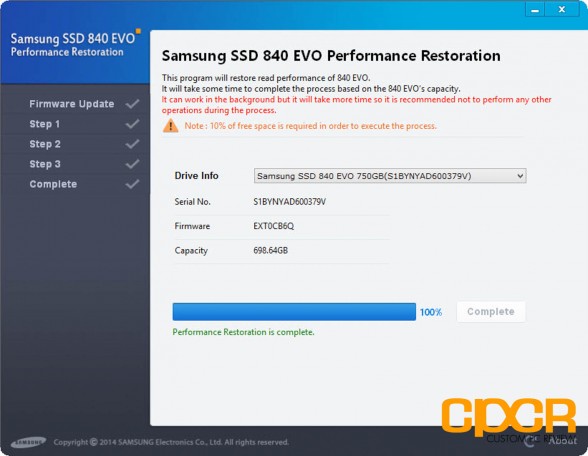 Then in the second step, the utility appears to rewrite all the data on the drive using a new algorithm. This step will take a substantial amount of time depending on how full the drive is, so definitely set aside some time for this fix. Although this fix shouldn’t be destructive, I’d definitely advise backing everything up prior to updating.

Samsung also provided us with answers to some frequently asked questions regarding the issue and the performance fix.

Is my data at risk?

Is the “fix” a firmware fix?  If yes, why isn’t it being managed through the traditional SSD Magician firmware management process?

Is Samsung recommending all consumers perform this “fix” or only consumers that are experiencing a problem?

Because the problem only occurs on “old” data, will this “fix” need to be run periodically?  If not, why not?

The Samsung 840 EVO Performance Restoration software is now available at the Samsung website here. The update is currently available to Windows users only, but a Dos version for MAC and Linux users is expected to be available at the end of the month.