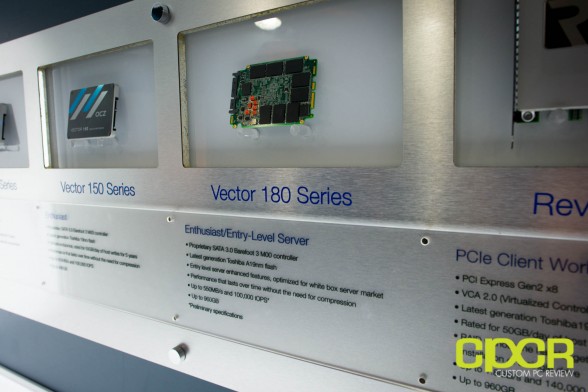 Among the numerous SSD announcements here at Computex 2014, OCZ Storage Solutions also displayed a brand new SSD, the OCZ Vector 180 Series aimed at the enthusiast/entry level server market. Armed with the Indilinx Barefoot 3 M00 controller and Toshiba A19nm (2nd Gen) MLC Toggle NAND, the Vector 180 is expected to be capable of performance up to 550 MB/s and 100,000 IOPS. 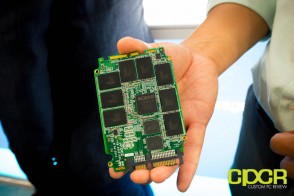 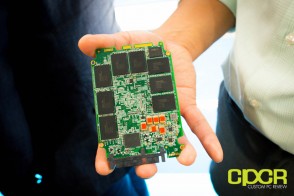 While the OCZ Vector 180 will be sold as a client drive under the Vector line, it’s truly aimed at the low end enterprise markets such as read intensive servers or hyperscale datacenters. Speaking with OCZ Storage Solutions Executive VP & CMO Alex Mei, he told us that one of the big things they were seeing is that a number of companies were purchasing consumer drives and using them in their datacenters. The Vector 180 targets this market by offering these users better endurance, a more robust warranty, and partial power loss protection without the significant bump up in cost typically associated a true enterprise SSD.

The Vector 180 will be available in capacities up to a 960GB. Pricing and availability is still unknown at this time.