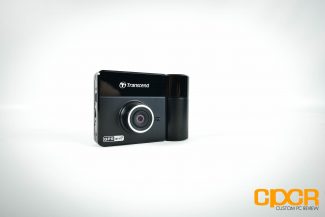 Think about the last time you, your family or your friend got into a car accident. Was the insurance process easy? Or was it difficult? Did the other party make up or exaggerate what happened?

In the lawsuit-happy society that we live in, the need to record what happens on the road has become more important than ever and although car video recorders are common outside of the US, these devices are only starting to gain traction here.

Today we’ll be reviewing the Transcend DrivePro 520 which is a car video recorder which is designed to help give drivers evidence of events that occur on the road to ensure that parties are truthful about what really happened at the scene.

A Closer Look at the Transcend DrivePro 520 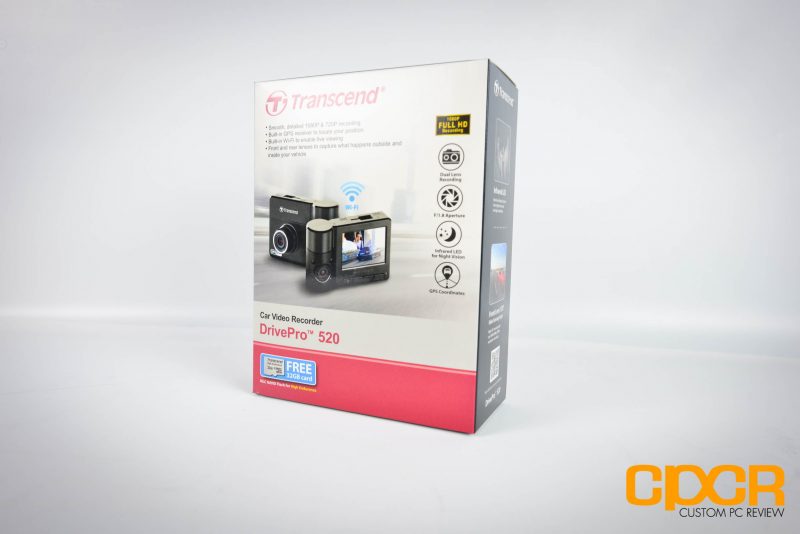 Here’s a look at the packaging for the Transcend DrivePro 520. 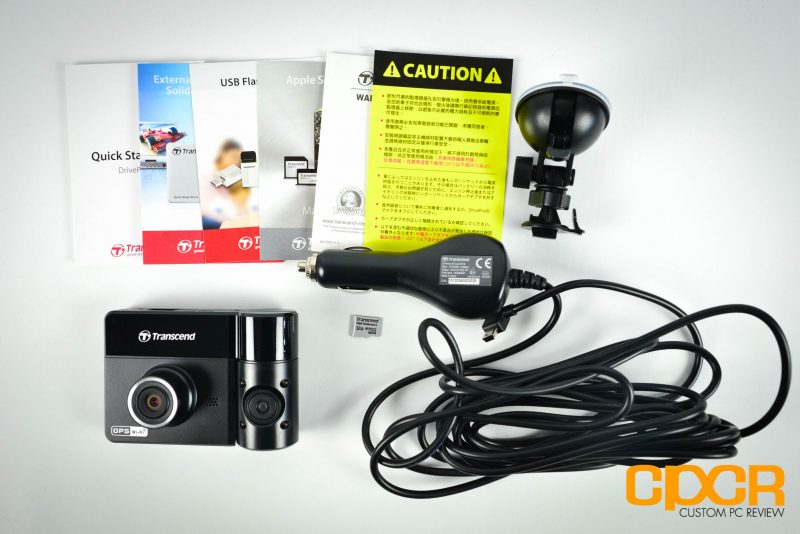 Our sample was the variant with the suction mount which includes some documentation, a suction mount, a car adapter, a 32GB microSD card, and the Transcend DrivePro 520. 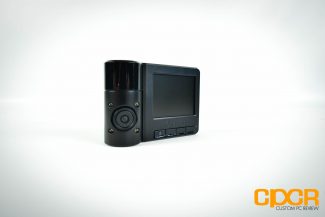 The unique feature for the Transcend DrivePro 520 is that it actually features two cameras – one forward facing 130° wide angle 1080p camera and one 110° angle 720p camera on the side which can swivel from the front to the back up to 180 degrees. The second camera allows flexibility to record what happens inside a vehicle which can be useful for those who drive taxis, participate in ridesharing programs, or can be used to record encounters with the police. 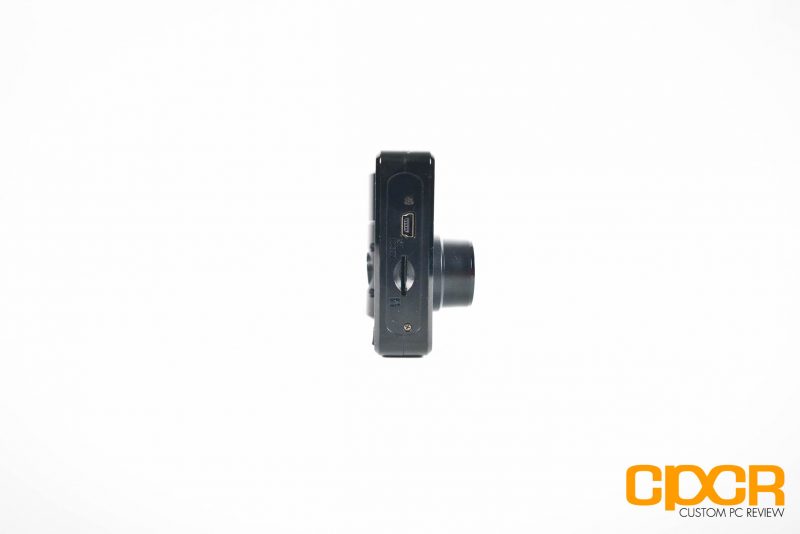 At the right side of the camera is a mini-USB port which can be used to connect the DrivePro 520 to the computer or a power source and a slot for a microSD card. The Transcend DrivePro 520 supports up to 64GB microSD cards. 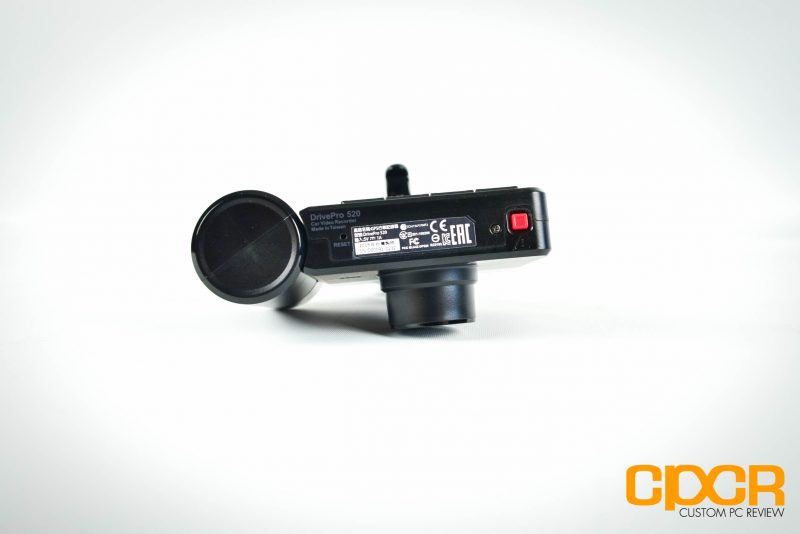 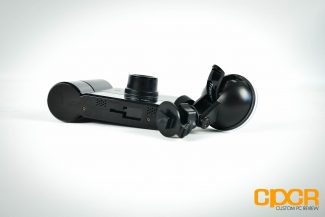 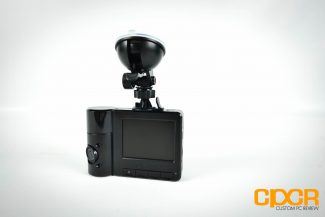 The top of the Transcend DrivePro 520 includes a mounting hole which can be used to attach Transcend’s suction cup mount for the camera. The mount is small and very basic with just a ball joint so the camera can be easily adjusted in various angles. The suction cup is about 1.75″ in diameter which will keep the camera in place however, adverse conditions will cause the suction mount to lose suction. Unfortunately as Transcend’s mounting system is proprietary, no aftermarket mounts can be used with the DrivePro 520.

The menu system on the Transcend DrivePro 520 is very basic and fairly easy to use. Here a multitude of settings can be changed such as video quality, timestamping, upgrading firmware, changing exposure levels, auto shutoff time, language, and more. 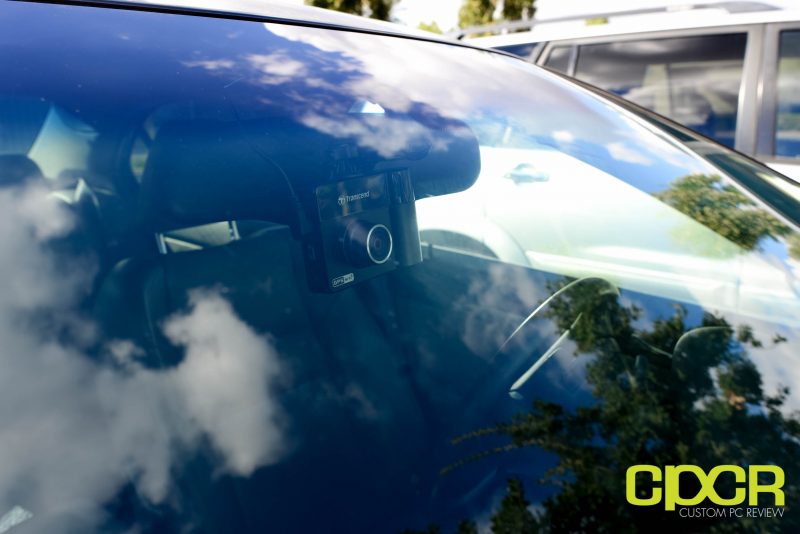 Here’s a look at the Transcend DrivePro 520 mounted at the center of the windshield. It’s a fairly large unit, so if you’re looking for something inconspicuous from the outside, this is not it. 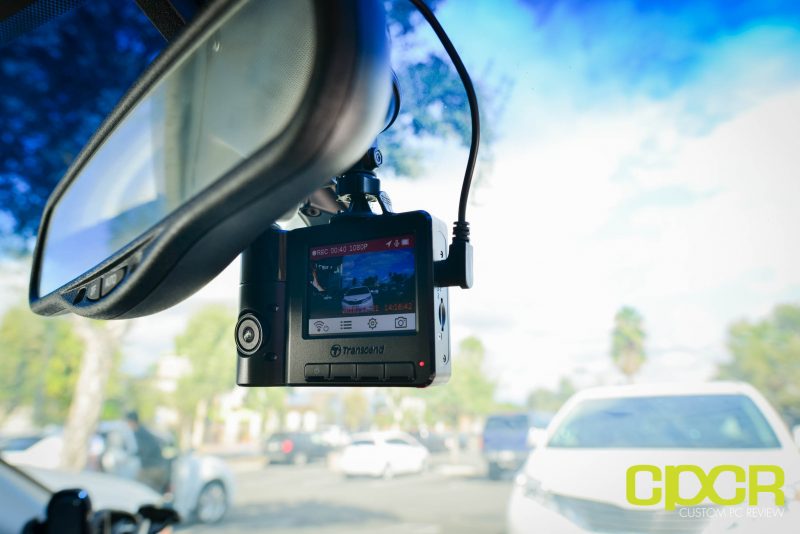 On the inside, I mounted the DrivePro 520 right behind the rear video mirror with just enough clearance for the second camera to get a clear view of the interior. With the larger size of the camera, those with smaller vehicles may have trouble mounting the camera in a way that doesn’t obstruct the view of the driver.

Here’s a look at some video footage shot during both the day and at night using the Transcend DrivePro 520.

Daytime footage using the front facing camera is good as larger text is clear and license plates can generally be read for cars directly in front of you. License plates for cars on the side can sometimes be read as well, but it’s a little more difficult. Daytime footage using the secondary camera is good as well as all the occupants in the vehicle can be clearly seen.

Nighttime footage is adequate. The front facing camera is fairly clear and depending on lighting conditions, license plates may be read with a little difficulty. The biggest issue is that the headlights on your vehicle will likely blow out the numbers on the license plate, which is something that the DrivePro 520 unfortunately cannot adjust for. The secondary camera is adequate as well. It has IR lights that will turn on at night which will illuminate the cabin, but the image will be black and white. Of course, this is better than complete darkness.

Microphone quality is generally good on the DrivePro 520. Audio is very clear especially at lower speeds. At higher speeds, road noise will also be recorded as there’s no noise reduction functionality here. 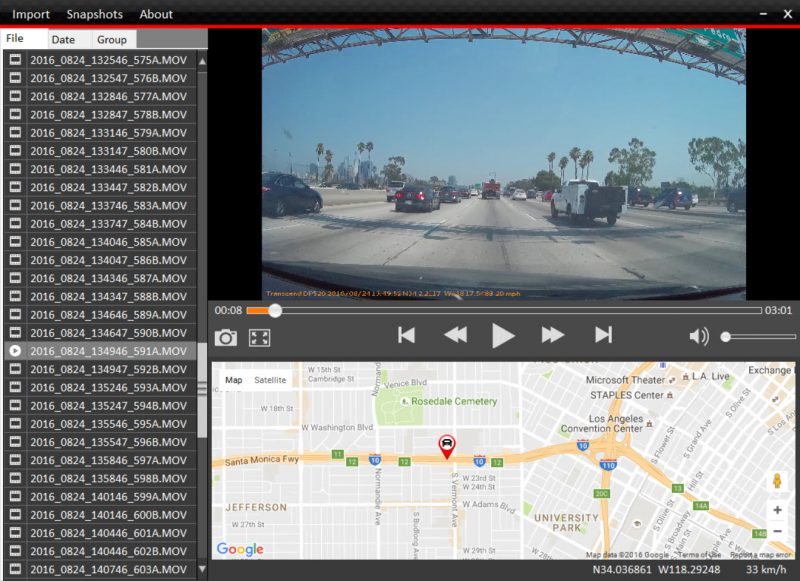 The software for the DrivePro 520 is pretty basic and can be buggy at times, but it’s nice in that it will also provide a real time Google maps image of the location of your car during the video. Videos recorded on the DrivePro 520 will be coded either A or B which designate either the primary front facing camera or the secondary swiveling camera.

With testing out of the way, I’d have to say I was happy with the performance of the Transcend DrivePro 520. It was able to record events on the road clearly and reliably which I’d have to argue is the most important aspect of having a dashcam. Some of the issues I experienced is the mounting mechanism can be improved or at least allow the ability to use a 3rd party mount. Unfortunately the camera fell on multiple occasions because the suction cup simply isn’t strong enough. Additionally, I’d like to have better video quality all around especially at night so license plates can be read, but otherwise it does its job so there’s not much more I can complain about.

The Transcend DrivePro 520 can be found online for around $182, which I’d say is reasonably priced especially since there aren’t many competitors out there that also feature a second camera for recording inside a vehicle. As such, the Transcend DrivePro 520 is a bit out in its own league making it one of the very few options for those who want to record what happens inside a vehicle.