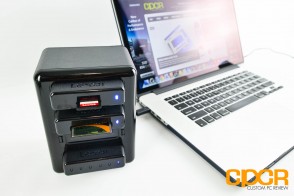 To solve this problem, Lexar introduced the Lexar Professional Workflow lineup of products which will make life a lot easier for content creators. At the center of the Lexar Professional Workflow system is a hub, which accommodates modules. These modules consist of either memory card readers, external storage drives or USB hubs. Each module is independent on its own, but will work with the hub when hooked onto one.

A Closer Look at the Lexar Professional Workflow 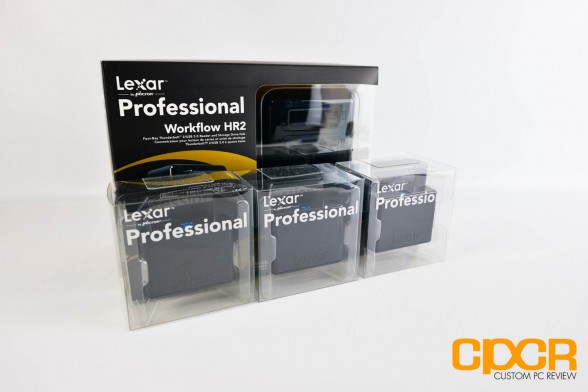 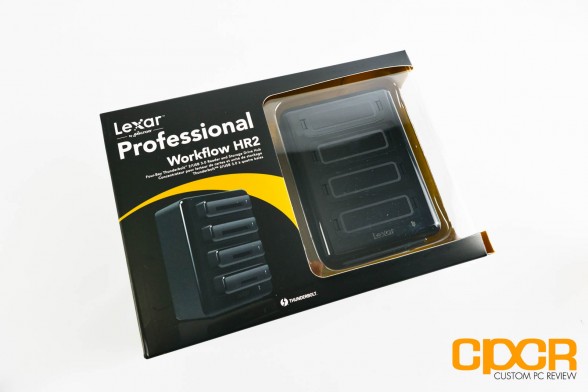 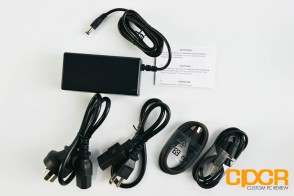 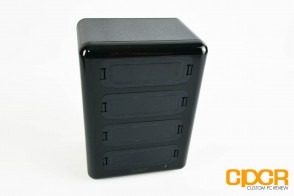 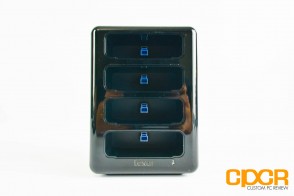 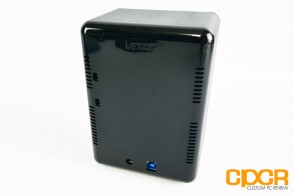 Included in the packaging is a some documentation, a USB 3.0 cable, a Thunderbolt cable, a 12V 5A power adapter, two power cables (one for US power outlets and one for foreign power outlets), and the Workflow HR2 itself.

Opening up the covers for the module bays, we can see that each one has a USB 3.0 Type-B plug which plugs into the USB 3.0 Type-B port on the modules. At the rear of the Workflow HR2, there’s 2x Thunderbolt 2 ports, a USB 3.0 port, and a power port. 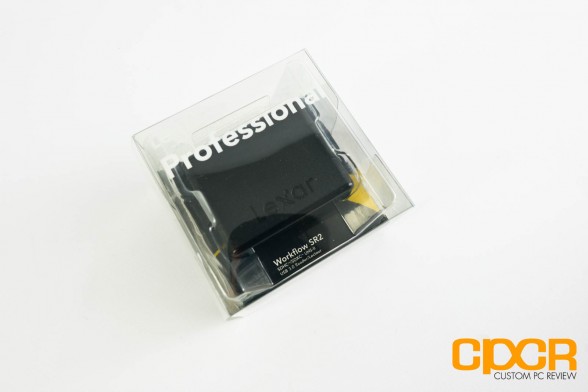 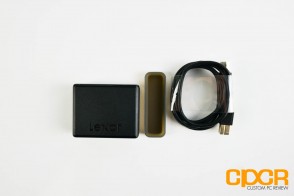 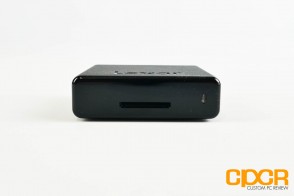 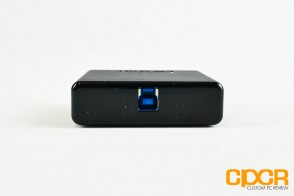 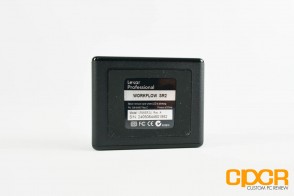 Included in the packaging we get the Workflow SR1, a rubber cover and a USB 3.0 cable. The entire device is relatively simple. There’s a SD card slot up front and a USB 3.0 Type-B port in the back. At the bottom is some rubber materials to keep the unit in place. 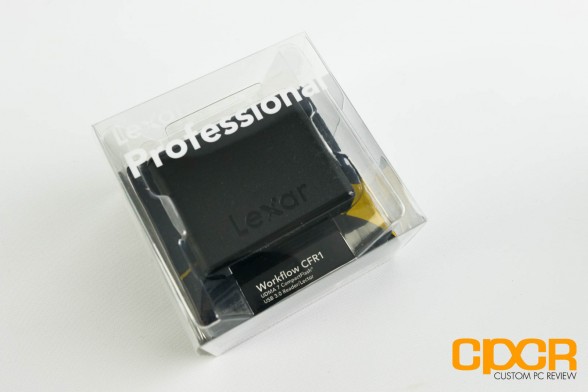 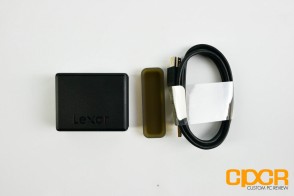 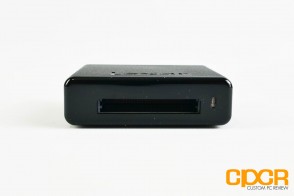 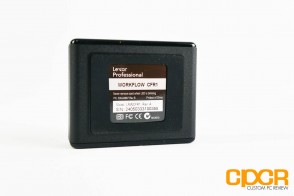 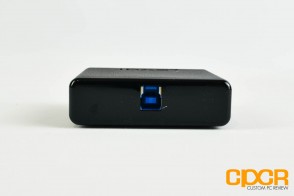 It’s a simple device, so included in the package is a USB 3.0 cable, a rubber cover and the CFR1 itself. At the front of the device is a CF card slot and at the rear is a USB 3.0 Type-B port.  At the bottom is some rubber materials to keep the unit in place. 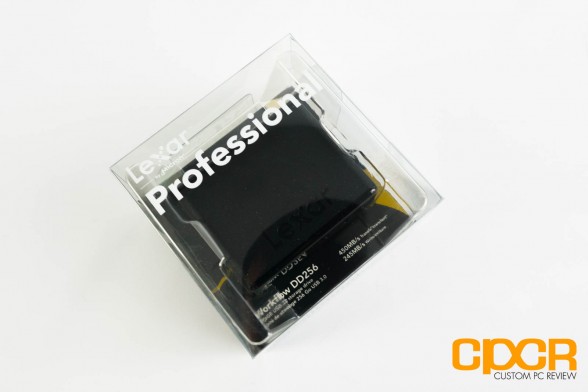 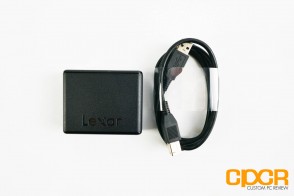 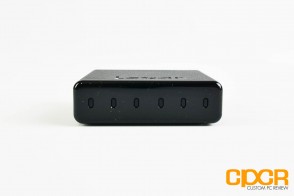 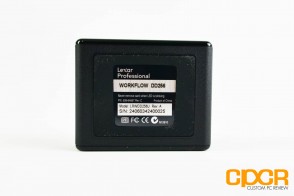 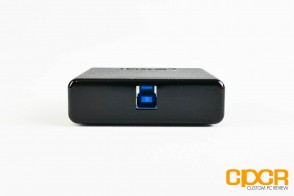 Again, this is a very simple device. Included in the packaging is only the DD256 and a USB 3.0 cable. The front of the unit contains a bunch of LED bars which indicate how much storage is used when powered on. The rear of the drive contains a USB 3.0 Type B port. At the bottom is some rubber materials to keep the unit in place. 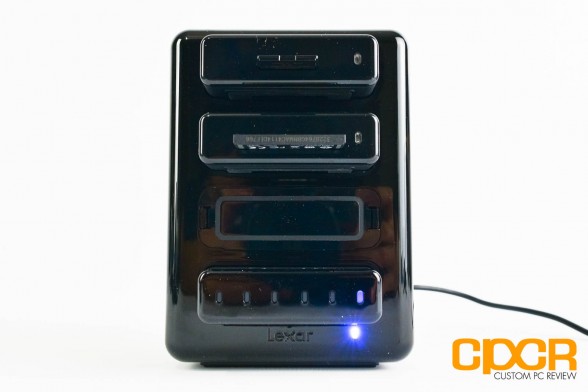 Here’s a look at the Lexar Professional Workflow DD256 powered on. The bars indicate how much capacity has been used and since we haven’t put much data on the drive yet, only one of the LEDs light up. 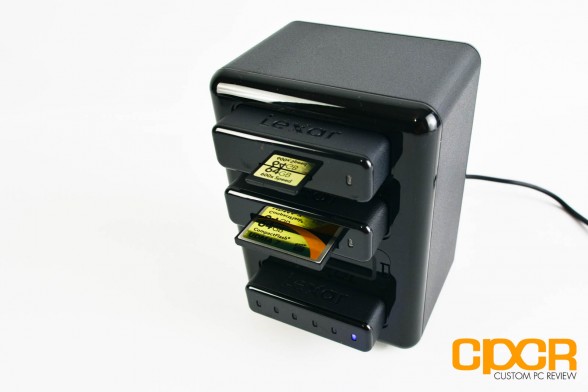 Here’s a look at our Lexar Professional Workflow system fully assembled. Since we only have three modules at this time, we have one open module slot which can accommodate an additional module down the road. Each of the modules can be removed individually and used as standalone devices.

Once the Lexar Professional Workflow HR2 hub is plugged into the system, any modules plugged into the hub will show up as individual drives on the system. From there, files may be copied to and from the memory cards or the storage drive simultaneously. Files can be copied between the modules as well.

For testing, we plugged the Lexar Professional Workflow HR2 along with its modules into our testbench via the Intel USB 3.0 ports. We also tested the Lexar Professional Workflow HR2 with the Thunderbolt port in our MSI GS40 Phantom. The difference between Thunderbolt 2 and USB 3.0 is that Thunderbolt 2 is able to reach up to 20Gb/s while USB 3.0 has a maximum theoretical speed of 5Gb/s. However, unless you’re transferring data through multiple high speed memory cards (CFast, SD UHS-II, CF UDMA 7) simultaneously, you’ll unlikely notice any differences in real world use.

In our testing with the SR2 and the CFR1, each memory card was able to reach maximum performance as both memory card reader modules fully support the latest standards. 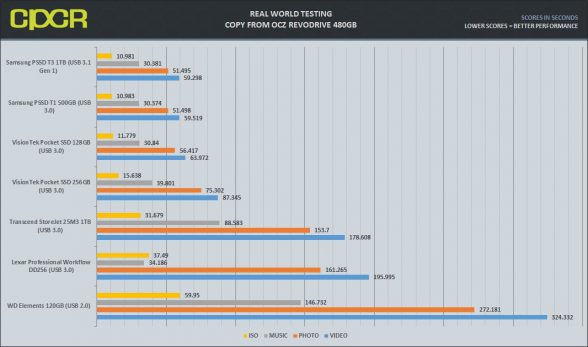 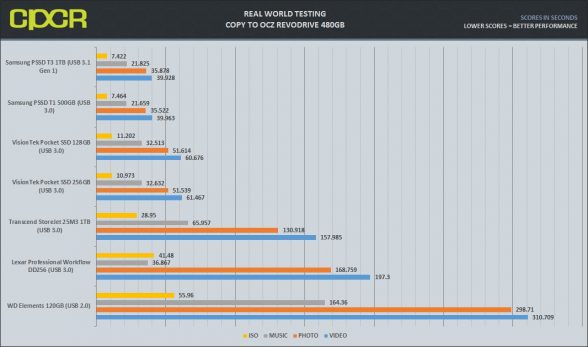 In our testing with the DD256, the drive was able to reach a maximum performance of 450MB/s sequential reads and 251MB/s sequential writes. Unfortunately, this is much lower performance than possible when compared to some of the newer external SSDs such as the Samsung PSSD T3 we reviewed recently.

In real world testing, the DD256 didn’t fare so well either. Making quick, small transfers were fast, but when copying lots of files for extended periods of time, performance drops drastically. In fact, in most of our tests, the DD256 performed worse than the Transcend StoreJet 25M3 1TB, which is powered by a HDD. 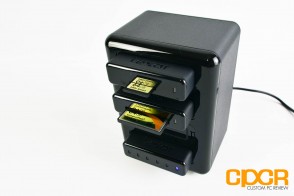 The most innovative design aspect of the Lexar Professional Workflow is of course the modular design of the system. This allows you to keep the modules sitting in their slots when being used somewhere stationary such as at a workstation, but individual modules can be quickly removed and taken on the road when needed. The module system is also great since it allows Lexar to sell modules for practically every type of memory card on the market. Lexar also constantly updates the modules for newer memory cards and memory card standards so the workflow system isn’t likely to go obsolete anytime soon.

Overall I think the Lexar Professional Workflow HR2, SR2 and CFR1 are excellent products for professional content creators who need to be able to quickly and easily offload memory cards to a PC with a modular system that adapts to their needs. As long as the pricetag isn’t an issue, I’d highly recommend it!