For those of you cooling enthusiasts, you probably know Noctua by now and they make great cooling products, so when they decided to introduce their new NF-F12 PWM fan, we were more than happy take a look at it.

For most companies, the introduction of a new fan is quite simple – find an OEM to produce your fan and you put your branding on it when you find one you like. However, at Noctua, the philosophy is quite different. They produce their own fans in house and drop tons and tons of research and development on the product. That’s what makes Noctua one of the leaders in cooling technology.

Included with each fan comes this letter, which in a paragraph summarizes Noctua’s dedication towards producing the world’s best pc cooling products:

Congratulations on choosing the Noctua NF-F12 PWM. This fan is the result of over two years of intensive deveopment and our engineers have worked hard to create what is perhaps the most technically advanced Noctua fan for pressure demanding applications today. Each fan is double checked for flawless operation by our quality control team before it leaves the factory and I’m confident that you will be able to sense some of the research, attention and care we’ve put into making this product. 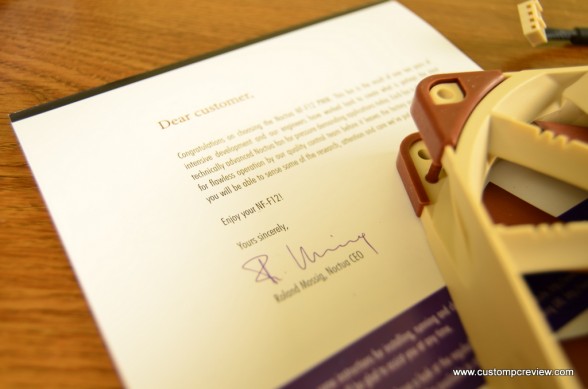 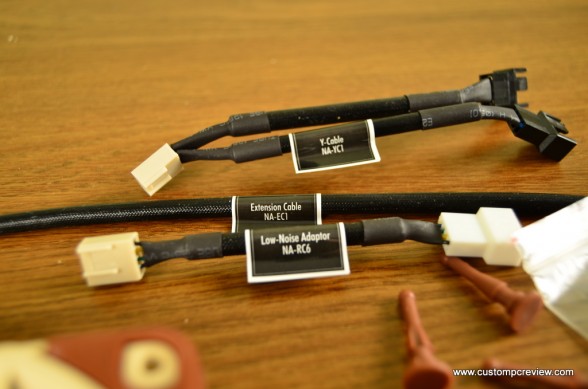 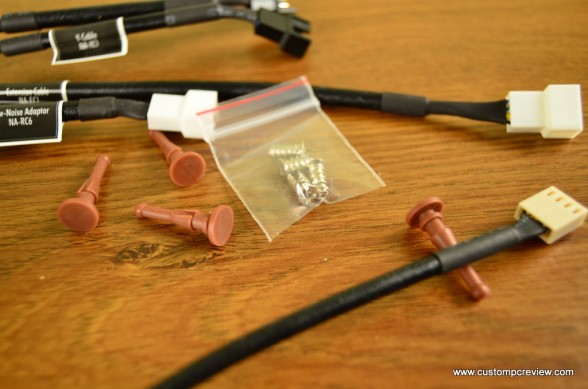 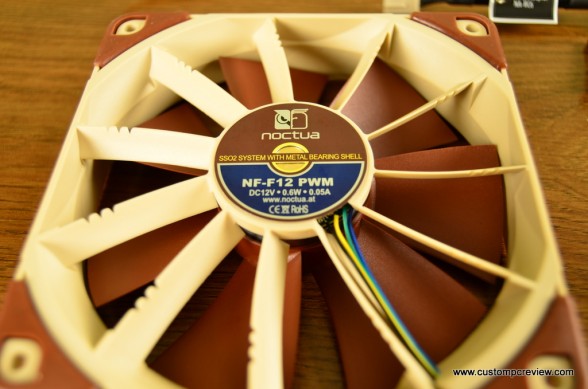 The fan is still sporting Noctua’s traditional tan and brown. All 4 corners of the fan sport a rubber casing to reduce vibrations thereby reducing noise as well. 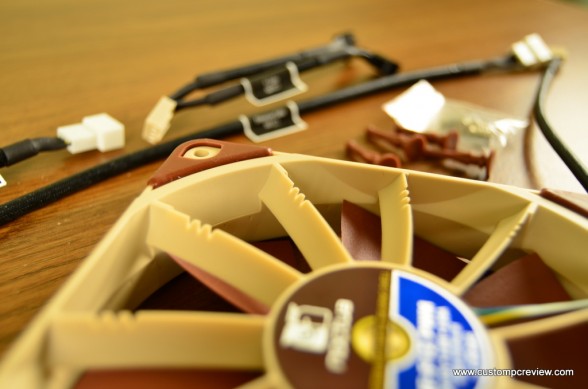 Each of the fan’s stability arms are constructed in specific angles and include “vortex control notches” both of which help make fan noise smoother and more “agreeable” to the human ear. 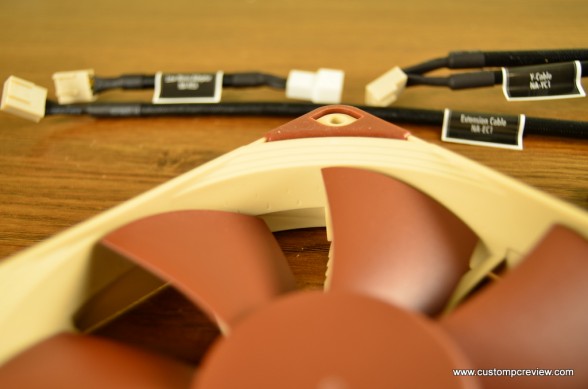 Here we can see a stepped inlet design and inner surface microstructures (little notches in the frame) to improve airflow and reduce noise. 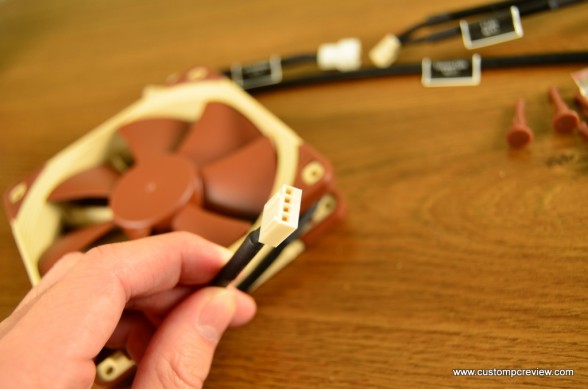 Here we see the 4 pin PWM connector with sleeved cabling.

A couple interesting things about the fan specifications:

Pulled directly from Noctua’s website, this is a list of the technology that is included in this fan. While we’ve seen most of this technology in previous Noctua fans, the newest addition to their feature lineup is the inclusion of the NE-FD1 PWM IC which is responsible for the PWM function in the NF-F12 PWM. This is one of those technologies that we’ll probably see rolled out to more and more Noctua fans within the next couple months so keep your eyes peeled on that as well.

Noctua designed the NF-F12 PWM to produce as much static pressure as possible with the lowest noise possible so for our testing, we decided the best test for this fan was to compare it to the stock fans on the H70. 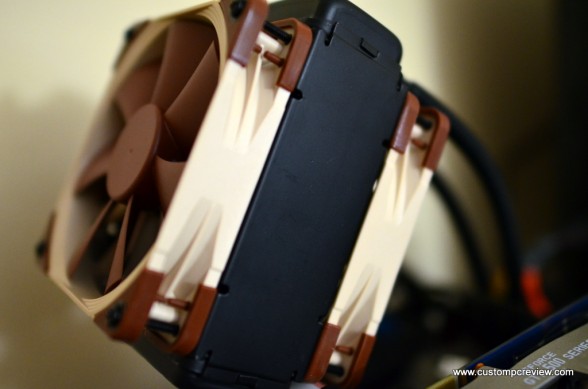 The PWM function works as expected and the NF-F12 PWM fan has the special ability to spin to as low as 300rpms. Whereas many fans will produce some sort of mechanical whine in the bearings or some other sort of noise when lower than full power is applied to the fan, the NF-F12 PWM did not have any issues even when operating at 300rpms, or 20% maximum fan speed. This is extremely impressive as the fan is practically inaudible at 300rpm.

Well, we admit it, we really liked these fans; however, it remains a fact that ultimately, the NF-F12 PWM wasn’t able to defeat the stock fans included with the H70. During our 5GHz run on the i5 2500K, the NF-F12 PWM actually performed slightly worse than the stock fans. Of course, for most people, running an i5 2500K at 5GHz/1.520v 24/7 probably isn’t very common.

Another issue with this fan is the cost. Current street price of the NF-F12 PWM is ~$25 making two of these fans ~$50. Yes, you are getting a lot of features, a lot of quality, and a lot of accessories from this fan, but is it $25 worth? Well, that’s something you’ll have to decide on.

The NF-F12 PWM is a very expensive, very quiet, and very efficient fan. Some may say it’s the Cadillac of pc fans, but it really isn’t. It’s more like the Rolls Royce of pc fans. If you’re running a full water cooling setup or an in one water cooler such as the Hydro series from Corsair and have some money to spare, take a look at these fans. You’ll be getting almost the same performance with a WHOLE lot less noise. Guess Noctua’s 2 years of development paid off.

The Noctua NF-F12 PWM is currently available at Amazon.