Best Bang for the Buck 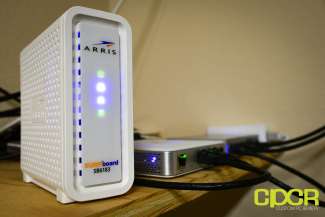 When I switched to Time Warner Cable (now Spectrum) several years ago, one of the first things I did was purchase a new cable modem. At the time, Time Warner Cable was charging customers $6 per month to rent a modem which means if I purchased a modem, used it for just shy of two years, I would be saving $6 a month for the rest of the useful life of the modem.

At the time, the best modem on the market was the ARRIS SurfBoard SB6141. It was the standalone modem of choice for Time Warner Cable, so I picked one up. For the next few years, the modem worked well, but when Time Warner Cable began rolling out their new speed tiers up to 300Mbps, an upgrade was required.

In order to unlock speeds beyond the 100Mbps tier, I had to pickup the ARRIS SurfBoard SB6183, which I’m reviewing after a full year of use.

Of course, just having a fast modem is only one piece of having fast internet. The ISP (Internet Service Provider) will also have to actually offer a plan capable of reaching the higher speeds, which for something like Gigabit speeds, is still only available in very limited areas. Also important to note is that the ISP also has to approve a modem for a certain speed tier. Just because the ARRIS SurfBoard SB6141 supports a maximum speed of 343Mbps doesn’t actually mean the ISP will provision your modem for that level of performance as they have strict guidelines on which devices can reach which types of speeds.

With that said, let’s take a closer look. 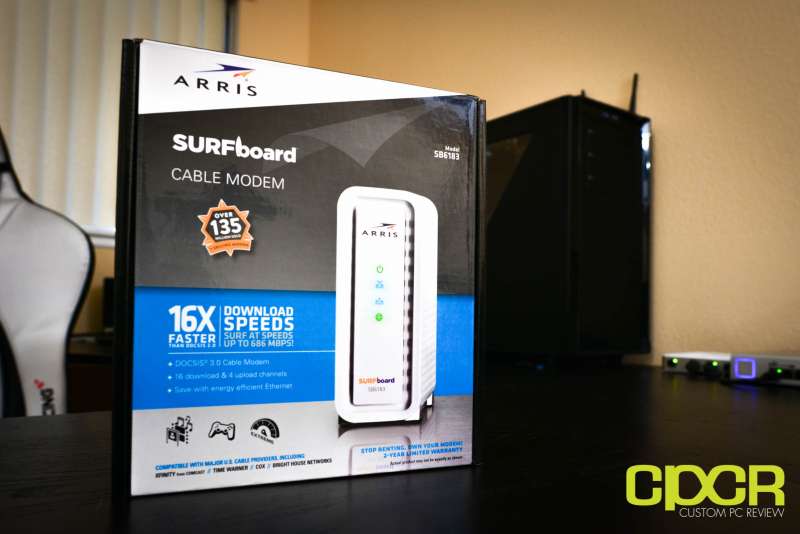 Here’s a look at the retail packaging for the ARRIS SurfBoard SB6183. 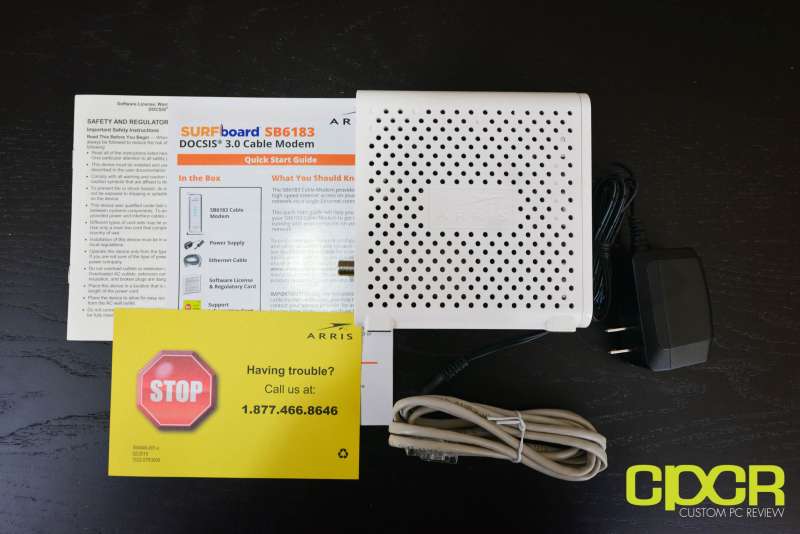 Inside the packaging is some documentation, an Ethernet cable, a power adapter, and the ARRIS SurfBoard SB6183. 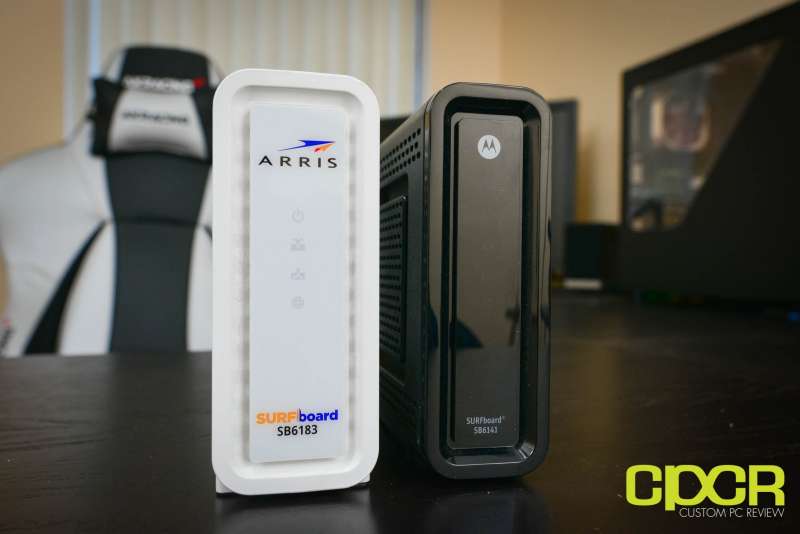 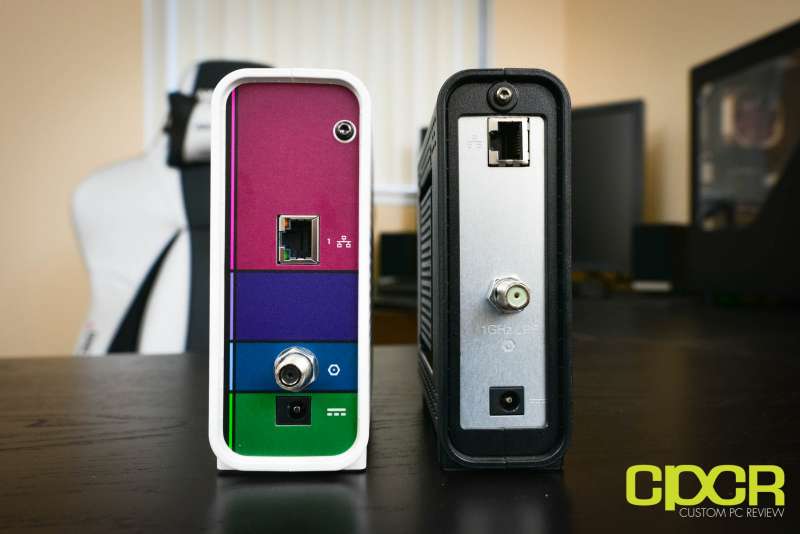 Looking at the rear, not much has changed either. Here we get a single Ethernet port, a coax port, and a DC in port. 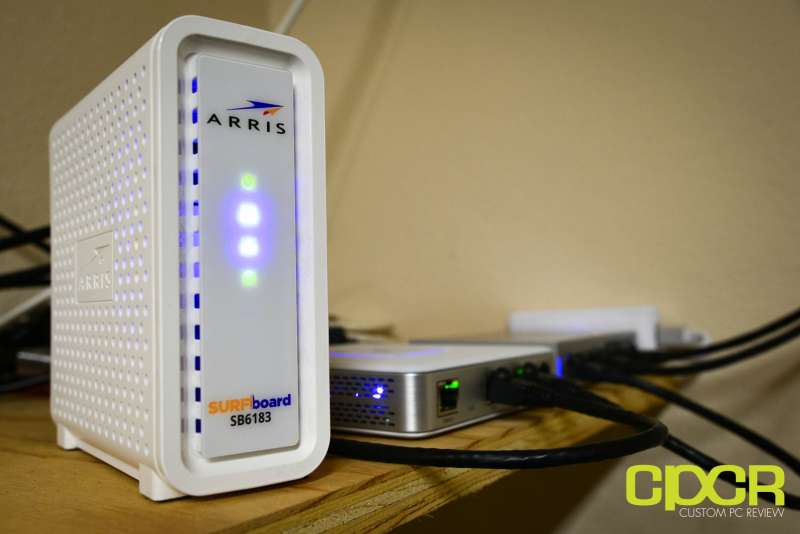 Here’s a look at the ARRIS SurfBoard SB6183 all set up and ready to go. Four lights up at the front indicates that it’s ready to go. 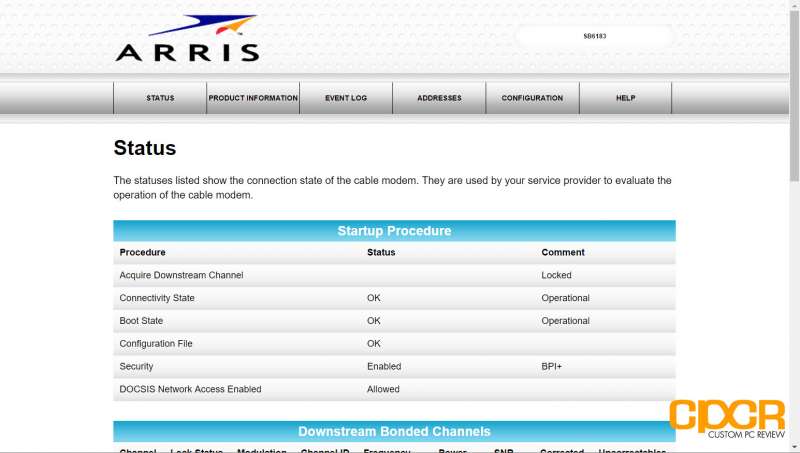 As the ARRIS SurfBoard SB6183 is pretty much remotely controlled by the ISP. Aside from the status there’s not a whole lot to see in the configuration interface.

All firmware updates and other changes are also done through the ISP, so almost any issue such as changing to a new modem for example will require a phone call to your provider’s tech support line. 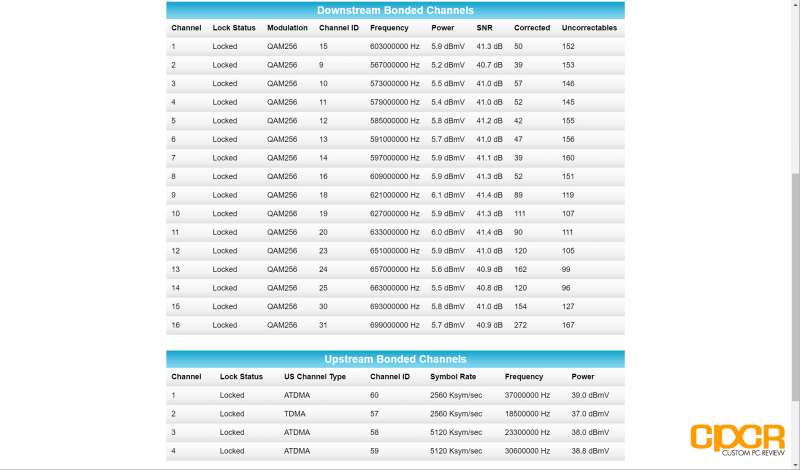 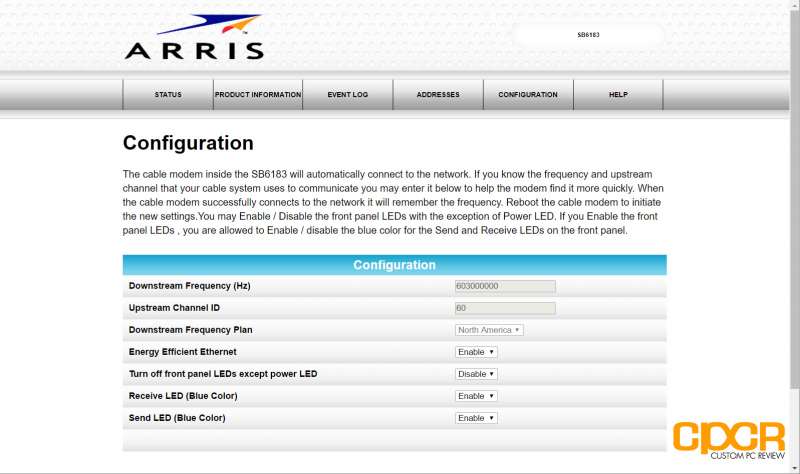 The actual configuration menu is simply the ability to turn on and off the lights along with the option of enabling Energy Efficient Ethernet. This setting reduces Ethernet power usage by 50% or more during lower Ethernet activity periods.

As cable modem performance is largely dependent on the cable provider, the cable lines to the area, the plan, the router, and other factors, the results from m testing may be different from the your results. As such, these performance figures are to be used for reference only. 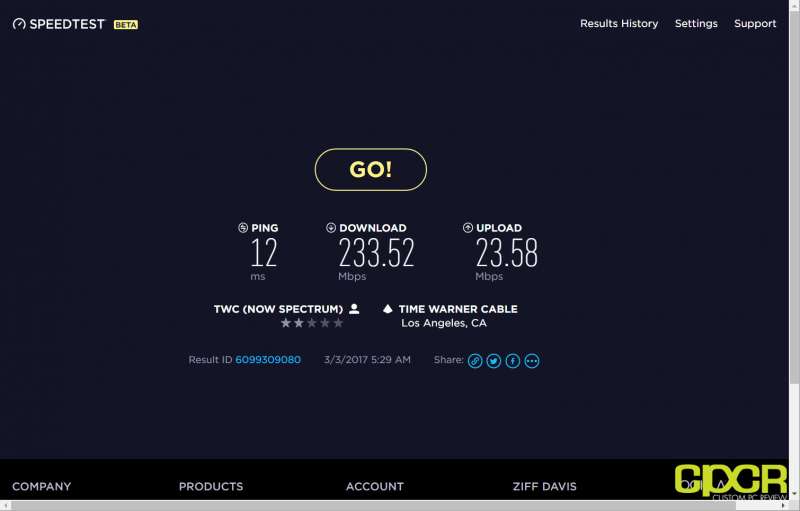 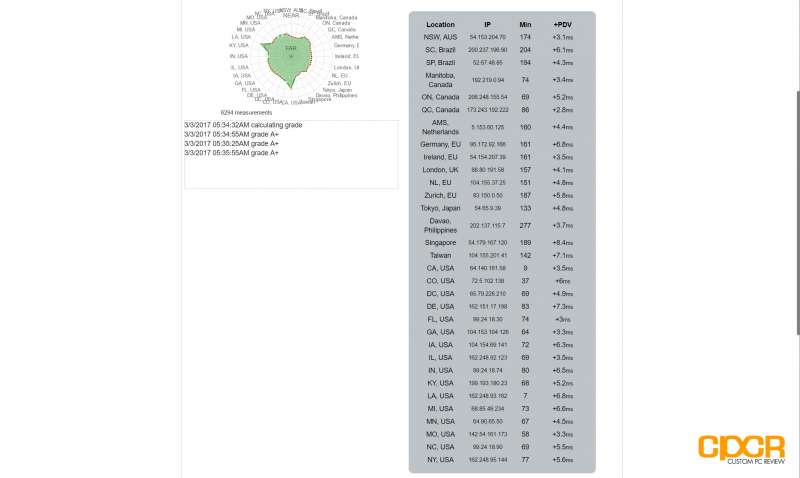 Ping times were good and jitter was kept very much under control. This is important for applications where low latencies and low jitter is important such as online gaming, VoIP, and video conferencing. 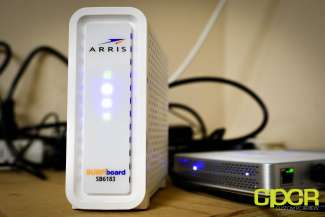 After a solid year of using the ARRIS SurfBoard SB6183, I have nothing but good things to say about the modem. Performance is good and reliability is top notch. In situations where downtimes have occurred, it has always been a Spectrum/Time Warner Cable issue rather than a cable modem issue. Additionally, due to poor house design, the SB6183 is housed in the garage where it regularly reaches over 120ºF during the Southern California summers. Despite this, the SurfBoard SB6183 has no issues operating in the heat, just like its predecessor, the SurfBoard SB6141.

Pricing on the ARRIS SurfBoard SB6183 is currently around $87.37, which is a reasonable price for a cable modem. Considering Spectrum (formerly Time Warner Cable) charges $10 per month now for modem rental, the cost of buying a modem is recouped in just 9 months. Of course, your mileage may vary based on your ISP, but for pretty much anyone on an ISP that charges some sort of modem lease fee, you’re probably going to be saving a good amount of money over a 24 month period. Highly recommended!

Sample provided by: Me