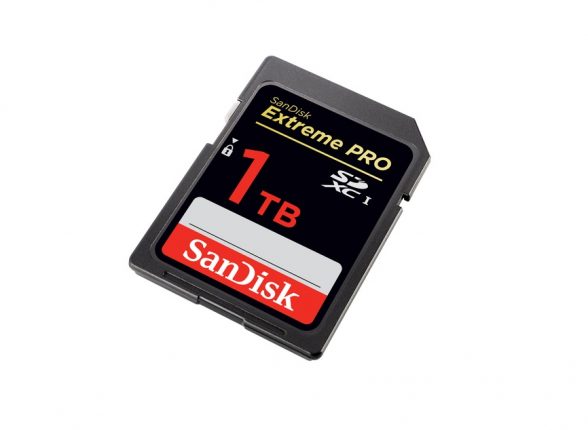 “Showcasing the most advanced imaging technologies is truly exciting for us,” said Dinesh Bahal, vice president, product management, Content Solutions Business Unit, Western Digital. “Sixteen years ago we introduced the first SanDisk 64MB SD™ card and today we are enabling capacities of 1TB. Over the years our goal has remained the same; continue to innovate and set the pace for the imaging industry. The SanDisk 1TB SD card prototype represents another significant achievement as growth of high-resolution content and capacity-intensive applications such as virtual reality, video surveillance and 360 video, are progressing at astounding rates.”

SanDisk was the first to unveil a 512GB SDXC card back in 2014 which still happens to be one of the highest capacity SD cards on the consumer market. With 4K video recording capabilities and beyond that to 8K, and VR on the horizon, high storage capacity drives have become much more of a necessity especially when a 10 minutes clip of 4K video can easily require several gigabytes. The ability to hold that much data in a device not much larger than a US quarter is quite impressive and can be invaluable for photographers, and digital content creators.

No word on pricing or availability as of yet, but we’re sure it won’t be cheap. Of course, we’ll have more information as we receive it from SanDisk.