T-Mobile Rolling Out LTE-U in Spring 2017, Aims to Boost Speed and Capacity 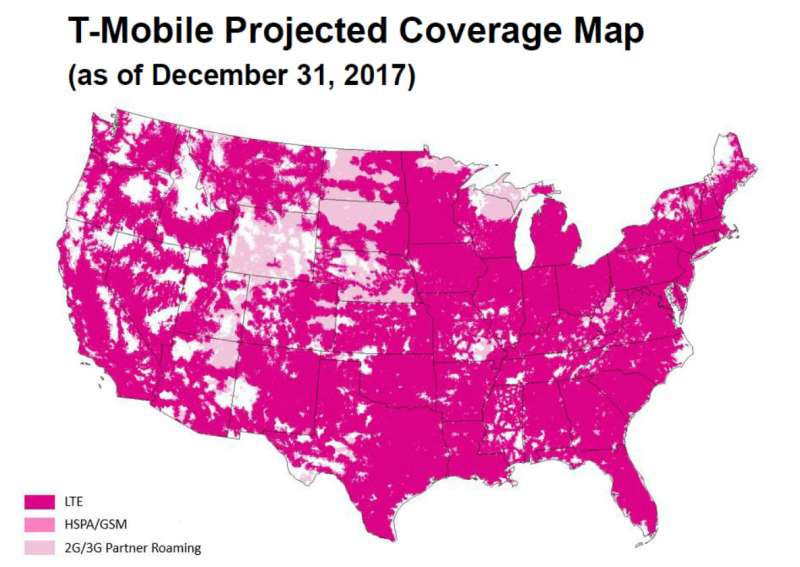 Although T-Mobile is generally associated with competitive pricing, strong marketing, and better-than-the-competition customer service, you simply don’t get 8 million new customers per year, 3 years in a row without seriously investing into network infrastructure.

Over the past few years, T-Mobile has taken the lead on rolling out numerous next generation network technologies including Wideband LTE, VoLTE, WiFi Calling, Carrier Aggregation, 4×4 MIMO, 256 QAM, and according to a recent announcement, T-Mobile is also planning to roll out LTE-U this Spring. LTE-U has been a technology T-Mobile has been field testing since December 2016 and has just passed FCC certification after three years of research, development, and testing.

Unlike traditional 4G LTE, LTE-U utilizes the first 20MHz of the “underutilized” and unlicensed 5GHz band. To minimize interference issues, LTE-U will constantly search for underutilized capacity in the spectrum to provide LTE services for its customers. When interference such as WiFi traffic picks up on the 5GHz band, LTE-U will back off allowing WiFi to take over and vice versa when WiFi traffic wanes. This will allow T-Mobile to improve LTE coverage in typically congested areas such as shopping malls, game stadiums, hotels, and other places. T-Mobile claims that LTE-U will pave the way for Gigabit LTE in more places in the country.