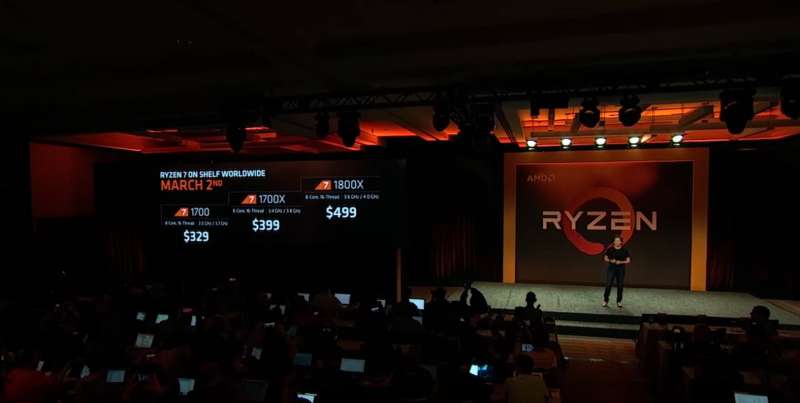 With all the leaks that have occurred in the past few weeks, by now we pretty much know just about everything when it comes to AMD’s upcoming Ryzen processors, but up until this point nothing has been confirmed directly by AMD.

Here’s a look at the final specifications for the newly launched Ryzen 7 family CPUs which will launch worldwide on March 2.

As previously expected, the X naming convention stands for XFR, or eXtended Frequency Range. This will allow the CPU to operate at one multiplier bin faster than the boost clock speed if the thermal capabilities will support it. For example, with a capable cooling solution, the AMD Ryzen 7 1800X will operate at 4.1GHz with XFR engaged. 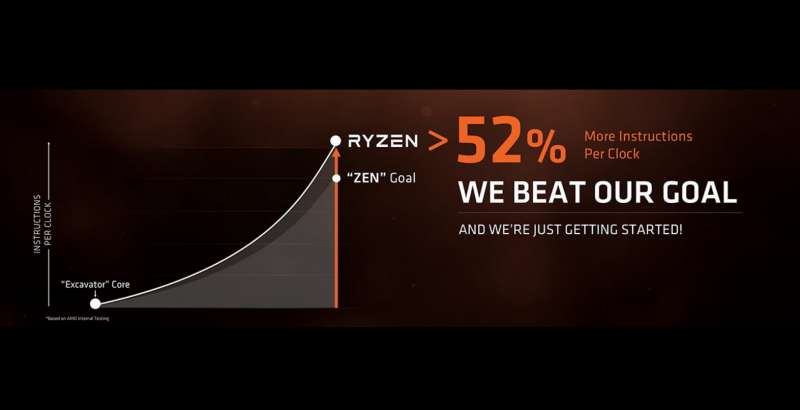 According to the presentation, performance for the Ryzen CPUs seem to be quite incredible as well. Although AMD was intiially aiming at a 40% IPC improvement over previous generation architectures, actual IPC improvement is somewhere closer to 52%.

As a result, the flagship AMD Ryzen 7 1800X is faster than the Intel Core i7 6900K in Cinebench R15 multi-threaded despite carrying a pricetag 50% less than its competitor. The AMD Ryzen 7 1700X on the other hand is able to beat the Intel Core i7-6800K by more than 35% in the Cinebench Multi-Threaded benchmark despite carrying a lower pricetag of just $399. 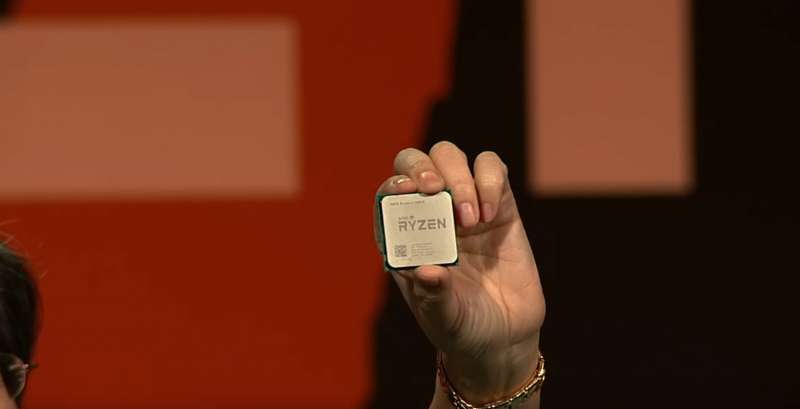 Dr. Su also showed off the design for the new CPU, which we’ve seen in previous leaks. 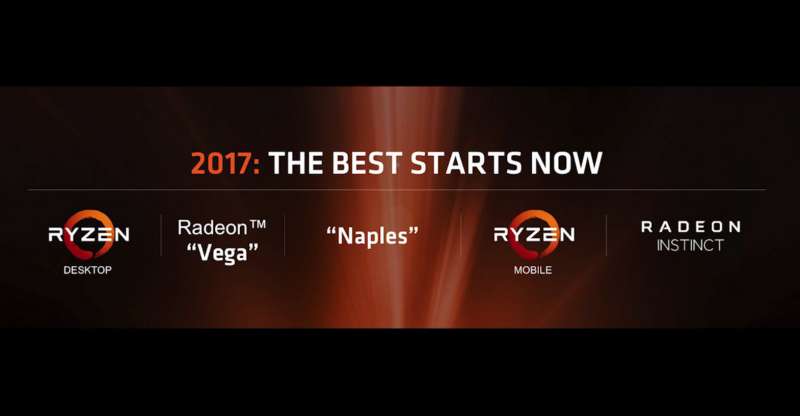 Closing out the presentation is also a roadmap of what’s to come in 2017. Starting with Ryzen, AMD is also gearing up for launches of upcoming Vega (High End Graphics), Naples (Server), Ryzen Mobile, and Radeon Instinct.