At Storage Visions 2015, Lite-On showcased an array of client and enterprise SSDs. 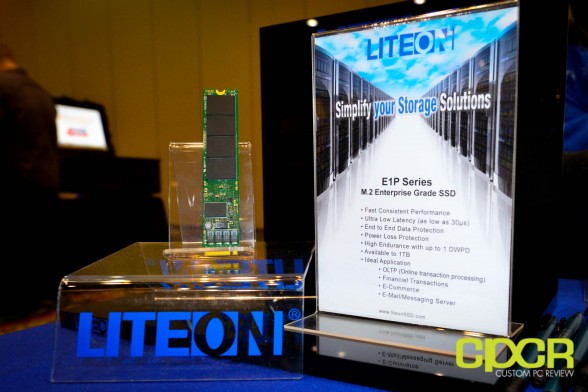 First up is the EP1 Series SSD which is Lite-On’s latest top of the line enterprise storage solution. Available in the M.2 2280 (480GB) and M.2 22110 (960GB) form-factors, the EP1 Series aims to provide compact, power-efficient operation with reliable high performance. Lite-On promises 4KB random read and write speeds of up to 120,000 IOPS and 40,000 IOPS respectively. According to Lite-On representatives, the EP1 will be built with an unnamed Marvell controller and Toshiba MLC NAND. 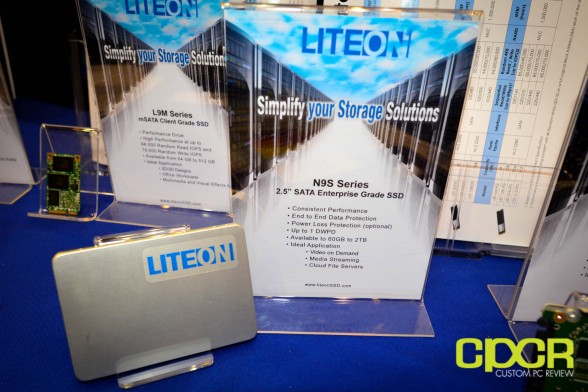 For enterprise users looking for a more budget oriented solution, Lite-On will offer the N9S series 2.5″ SSDs. Their capacities range between 60GB to 2TB. The N9S series is capable of up to 75,000 IOPS in 4KB random read, and  54,000 IOPS in 4K random writes. These drives are capable of handling 1 Drive Write Per Day, and have muti-layer data protection measures built in.

The N9S series is also available in 1.8″ form-factor for space-conservative operation environments such as mobile workstations. 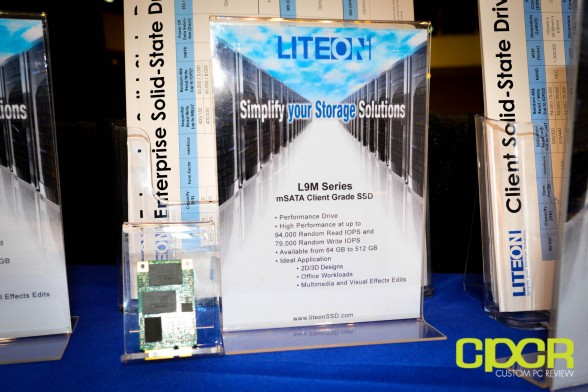 The L9M series SSD is oriented towards the client level. It’s available in the mSATA form-factor and comes in capacities between 32GB to 512GB. According to Lite-On, the L9M Series will be able to achieve up to 94,000/79,000 IOPS in 4K random read and write speeds respectively. The MTBF is an impressive 1.5 Million hours. 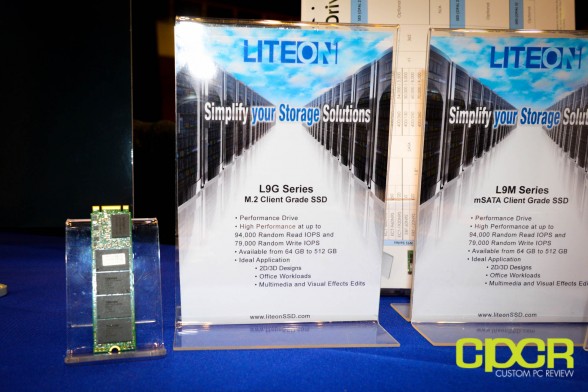 Finally, the L9G Series is basically just the L9M Series built on the M.2 2280 form factor. They offer the same level of performance and reliability.