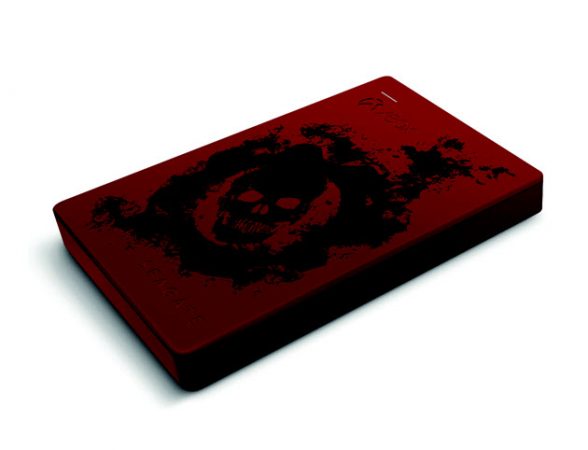 With Microsoft’s New Xbox One S pre-orders now available and the new Gears of War 4 coming this October, Seagate is trying to get in early on the action with an all new Seagate Game Drive for Xbox, Gears of War 4 Special Edition 2TB Portable Drive.

Despite the fancy name, the Seagate Game Drive for Xbox, Gears of War 4 Special Edition 2TB Portable Drive is basically a 2TB bus powered external hard drive, which will allow you to store roughly 50 additional games depending on the type of games you install. It’ll also get a slick new paint job designed in collaboration with Microsoft and The Coalition, which will complement all the Gear of War 4 licensed gear you’re planning to purchase in the near future. The drive will also give you access to two Gear Packs which will unlock special character/weapon skins and XP boosting bounties.

The Special Edition Seagate Gears of War 4 Portable Drive will be available in limited quantities on September 16. The drive can be pre-ordered exclusively through GameStop for $99.99.