For FMS 2017, Seagate made a slew of new announcements including a new 64TB NVMe PCIe SSD, updates to the Nytro SSD lineup, a new RealStor storage appliance, and Nytro Q-Boost technology. 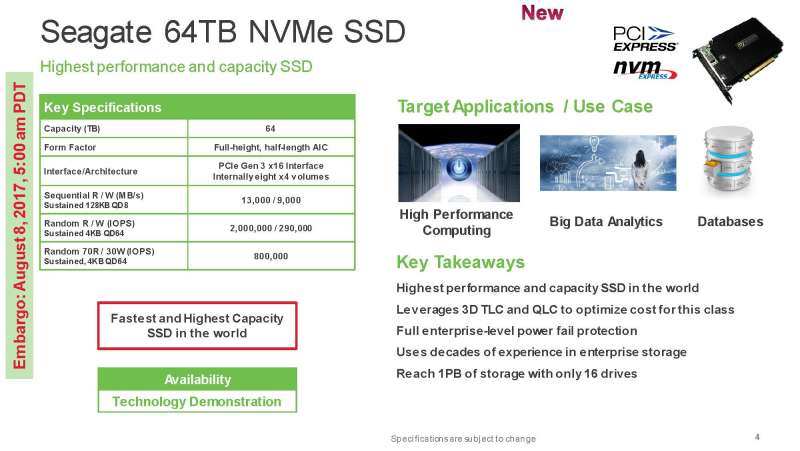 When Seagate announced their 60TB SAS SSD last year, it was an impressive feat however, Seagate and its partners quickly realized that there were limited use cases for the SSD. The capacity was simply too large for the relatively performance limited SAS interface.

For 2017, Seagate went back to the drawing board and announced a new 64TB NVMe SSD which is simply a full height, half-length form factor add-in card containing eight M.2 22110 PCIe Gen 3 x4 SSDs.

Sampling of the Seagate 64TB PCIe SSD is expected sometime next year.

Seagate is also revamping their popular Nytro family of SSDs with the new Nytro 3000 SAS and Nytro 5000 NVMe SSDs.

The Seagate Nytro 5000 will be the new naming scheme for Seagate’s NVMe PCIe SSDs, replacing the Nytro XM1440 series name. The Nytro 5000 series will feature capacities up to 2TB and random read/write performance up to 245,000/67,000 IOPS. The Seagate 5000 series is now sampling with production beginning 3Q2017. 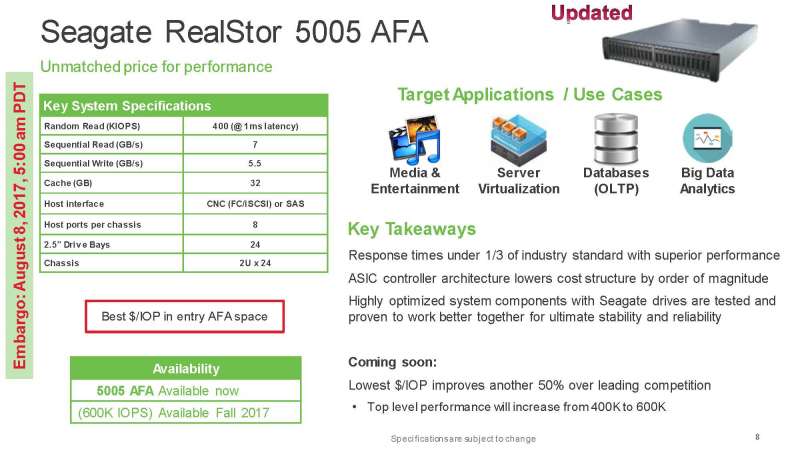 Seagate is also releasing a new RealStor 5005 AFA appliance which has been updated for FMS 2017. The appliance is a 2U form factor featuring 24x 2.5-inch drivebays and boasts maximum sequential read/write performance up to 7,000/5,500 MB/s. 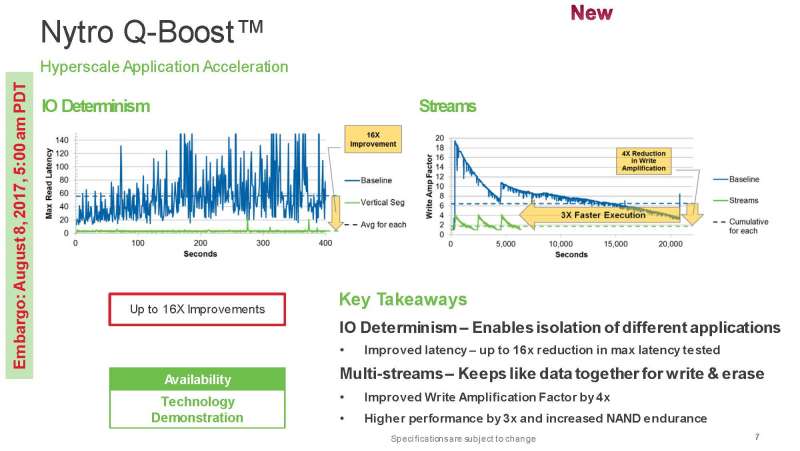