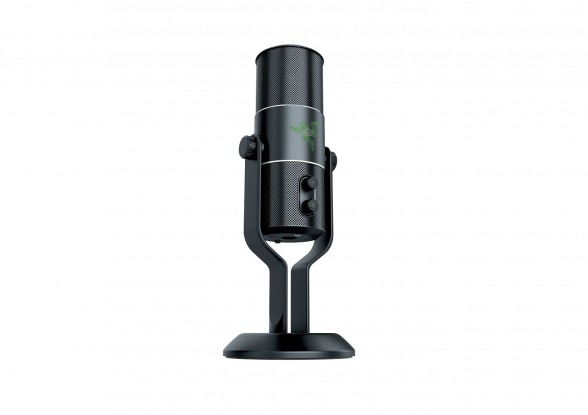 Razer has been aggressively pursuing new markets as of late and it looks they’re now getting into the professional recording segment as well. Announced earlier today, Razer introduced the new Seirēn digital microphone designed primarily for gamers, streamers, YouTubers, and even professional musicians.

Built from what appears to be entirely aluminum and styled with sleek, Razer-esque styling, the Razer Seirēn is unlike any traditional desktop or headset microphone. Whereas most microphones come with just a single, small, cheap microphone capsule for mono-recording, the Razer Seirēn uses “…three custom-tuned 14 mm condenser capsules” capable of recording stereo in studio grade resolutions up to 24-bit/192kHz. The Seirēn can also be used in four different recording configurations (cardioid, stereo, omnidirectional, and bidirectional) depending on the user’s application.

“Platforms like YouTube and Twitch are a big part of how people experience their media today, and they shape how we interact with each other,” says Min-Liang Tan, Razer co-founder and CEO. “Tuned for a professional-style setup and able to be assembled and transported quickly and easily, the RazerSeirēn is a microphone designed specifically for streamers and YouTubers.”

In addition to the Razer Seirēn, Razer will also be introducing a shock mount and pop filter for the microphone as well which will help reduce vibration noise, hissing, and pops to produce that crystal clear, studio grade audio. The Razer Seirēn digital microphone along with its accessories are available for pre-order on the Razer website here. 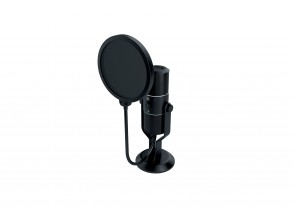 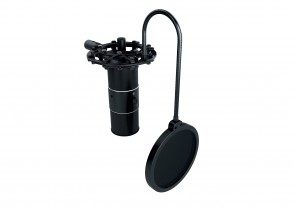