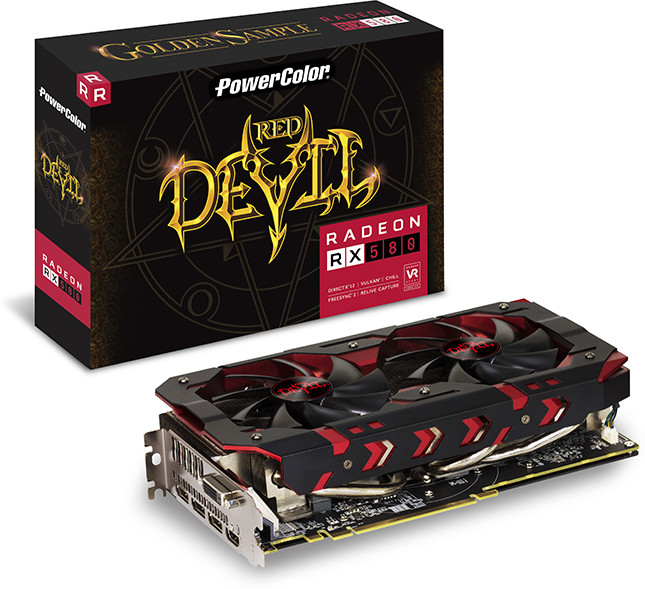 With the release of the Radeon RX 500 series, PowerColor has just launched a variety of new graphics cards based on the Radeon RX 580 and Radeon RX 570 GPUs. Keeping in line with the theme of their RX 400 series graphics cards, the new cards will be dubbed Red Devil and Red Dragon, with the former offering higher factory overclocks and superior cooling solutions at a bit of a price premium.

Starting with the RX 580 Red Devil Golden Sample (pictured above), which is the top of the company’s top of the line, heavily factory-overclocked model featuring a three-slot cooling solution with dual fans. It features a factory overclocked Boost Clock of 1425MHz, 8GB of 8.0 Gbps GDDR5 memory and requires 1x 6-pin and 1x 8-pin PCIe power connectors. This beast retails for $269.99 and is available now.

Following that, we have the standard RX 580 Red Devil which features the very same cooling shroud design, albeit with a more conventional dual-slot heatsink. It features a Boost Clock of 1380MHz, 8GB of 8.0 Gbps GDDR5 memory, and requires the same 1x 6-pin and 1x 8-pin PCIe power connectors as the Golden Sample. This one retails for $249.99 and is available now, but marked as sold out at the time of writing. 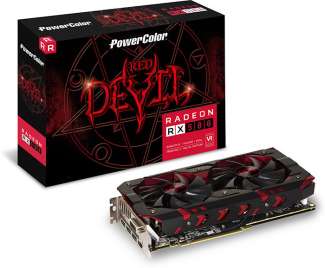 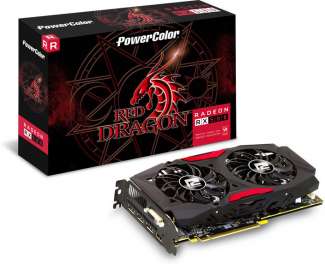 Stepping things down a bit we have the RX 580 Red Dragon 8GB, which features a simpler, dual fan cooling solution with an entirely plastic fan shroud. This is the same cooler design found on the RX 470 Red Devil which we reviewed a few months ago back. I liked it then, and I like it now. The card features a factory clock speed of 1350MHz, which is slightly higher than the reference 1340MHz for the RX 580. like the others, It features 8GB of 8.0 Gbps GDDR5 memory and it requires just a single 8-pin PCIe power connector. It retails for $229.99 and is available now.

In addition to the 8GB model, there’s also a 4GB RX 480 Red Dragon which features the same cooler design and specifications with the exception of the memory speed and capacity which ahs been reduced to 4GB of 7.0 Gbps GDDR5. This one retails for $199.99 and is available now.

If you’re trying to stay below the $200 mark, PowerColor has you covered there as well with their lineup of RX 570 Red Devil and Red Dragon cards.

Starting with the higher-end of the two, the RX 570 Red Devil features the same triple-fan cooler which was previously found on the RX 480 Red Devil. This is a significant upgrade from the plastic, dual-fan cooler found on the RX 470 Red Devil and should have no issues keeping the card cool, despite the higher clock speeds. Speaking of that, the card features a factory overclock Boost Clock of 1320MHz which is significantly higher than the reference 1244MHz speed for the RX 570. It also brings with it 4GB of 7.0 Gbps GDDR5 memory and requires a single 8-pin PCIe connector. It is available now and retails for $189.99

We’ll have a review of this one coming up soon. 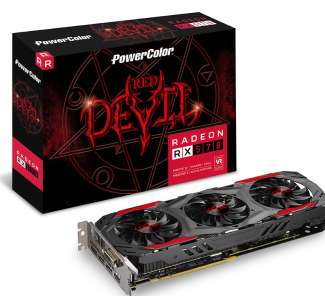 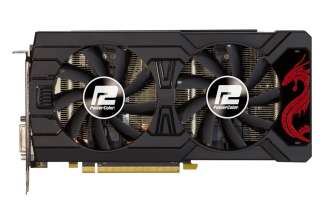 Finally, we have the lower-end RX 570 Red Dragon, which features a decidedly less spectacular dual-fan cooling solution with smaller, 80mm fans and an entirely plastic fan shroud. The card features a factory Boost Clock of 1250MHz, which is just above reference and 4GB of 7.0 Gbps memory. It also requires a single 8-pin PCIe connector despite the lower clock speeds. It is available now and retails for $169.99 which can make it an attractive option for 1080p gamers on a tighter budget.