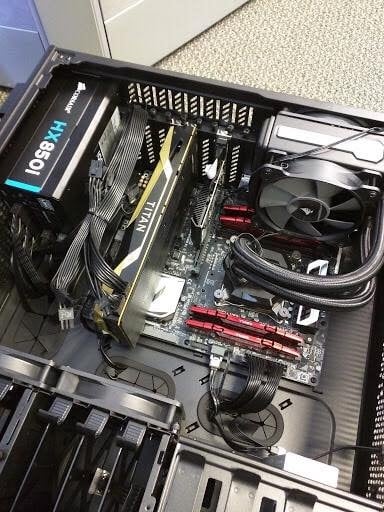 Though Nvidia’s GPU roadmap shows that Volta consumer graphics card won’t be coming until 2018, a Facebook post may have leaked the very first glimpse at what the Titan X Volta could look like.

The card in question sports a never-before-seen cooling shroud bearing the “Titan” logo. It uses an 8-pin and 6-pin power connector. Aside from the obvious appearance features, sharp-eyed users have also pointed out that it lacks the SLI connector. In its place are little notches (just above the logo) that bear resemblance to the NVLink connectors on the recently announced Nvidia GV100 workstation card.

While we know nothing about the image poster,  the person who responded with “Titan X Volta” to the Facebook post is actually an intern at Nvidia. This adds a little bit of reliability to the claim, but since we don’t speak Thai and the post has since been removed, we couldn’t translate what the conversation is about.