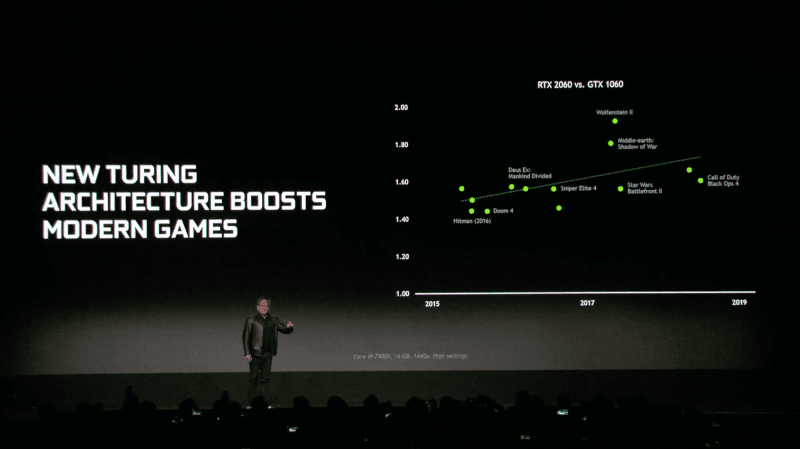 The card does sit at the high end of the mid-range market at $349. This is partly due to the fact that Nvidia doesn’t have much direct competition and the fact that the GPU die is slightly larger than the GTX 1070 which will likely increase cost. This card does include all of Nvidia’s latest RTX features, though this one is much like the GTX 2070, and will need to lean strongly on features like DLSS in order to be able to competently do ray tracing without significant performance drops.

Reviews that have been published recently does show the RTX 2060 performing faster than the GTX 1070 and 1070TI which makes the high pricing seem a bit easier to swallow, as this likely is the best value in the entire RTX lineup. Nvidia went on to show slides of it getting average FPS’s of above 60FPS with high settings and medium quality at 1440P with DLSS enabled. 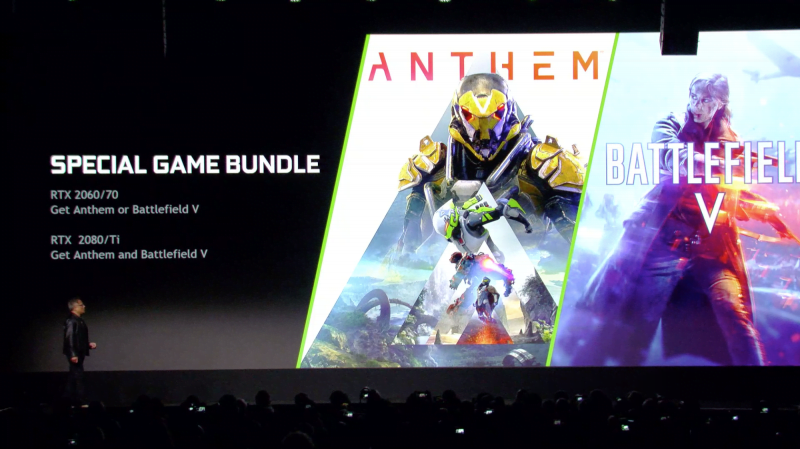 Nvidia will be including a game bundle which includes Anthem or Battlefield 5 with the RTX 2060/70 cards and both titles with RTX 2080/TI models.  Nvidia also stated that the official launch will be on January 5th. Both of these titles will feature DLSS and Battlefield 5 currently supports ray tracing, so this seems like a good idea to push their new cards with games that can actually use the functionality.