The newly released AMD Radeon Software Beta 17.4.4 brings performance optimizations for Warhammer 40,000: Dawn of War III, boosting the performance of the RX 580 by up to 7% at 1440p, compared to the previous version 17.4.3 that was released alongside the RX 500 series. This substantial increase allows performance to push past the 60 FPS threshold, which is crucial to delivering a smooth gameplay experience. 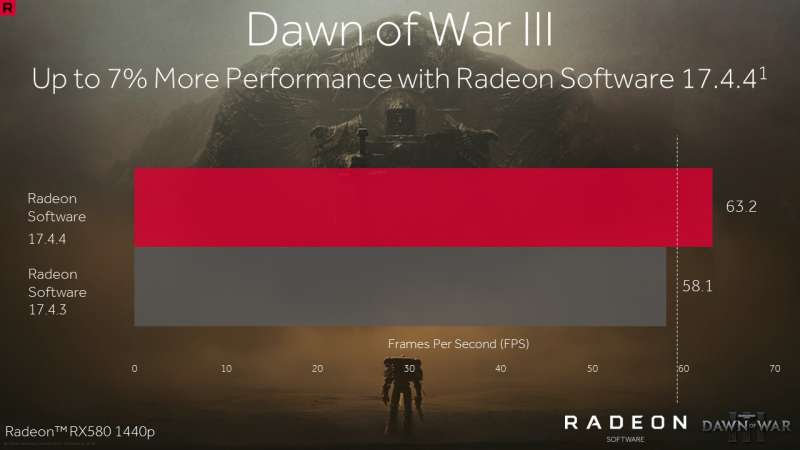 For the full patch note and downloads, head over to AMD’s support page.