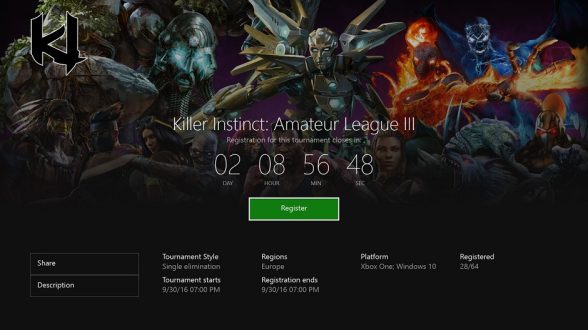 Microsoft recently introduced Arena, an online tournament platform currently available for preview on Xbox Live. At the moment, the only game available in the Arena preview is Killer Instinct where gamers can compete in daily Killer Instinct tournaments across Xbox One and Windows 10 PCs through the Xbox App. For the initial roll-out, Arena preview will only be made available to preview members through practice tournaments on the Xbox One in the U.S., eventually rolling out additional features and expanding the audience for preview later this month.

For those interested in participating in the tournaments, Microsoft has provided a couple details.